As we were spending a week in the Borders, I decided to take along my Border Reiver armies for HOTT so we could have a game or two in preparation for the Berkeley tournament.

In the end we only got to play one game and there's only a couple of half-decent pictures. 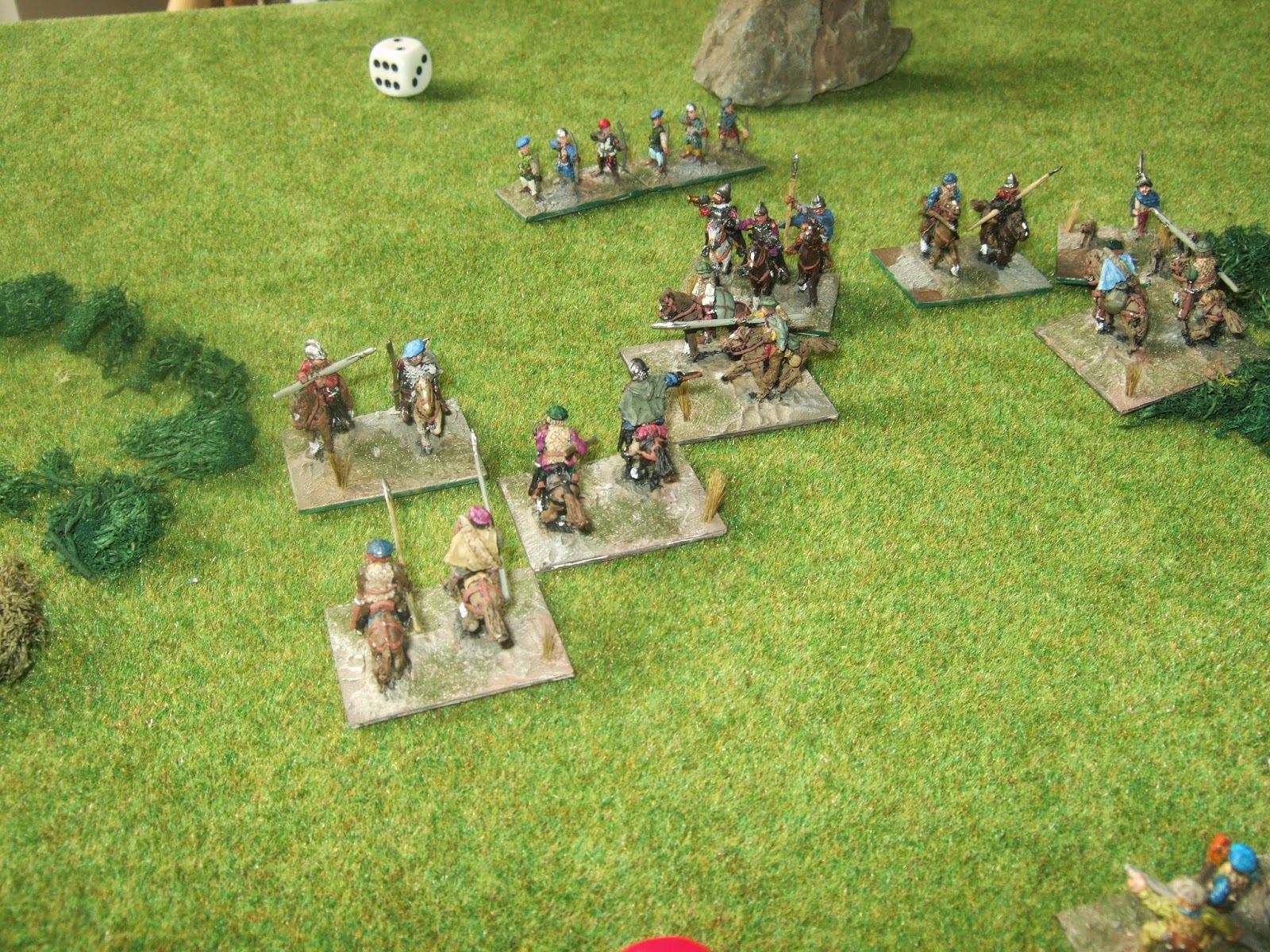 Contrary to my expectations there was no terrain in the toolbox containing the armies so I had to improvise with lichen and some rocks. 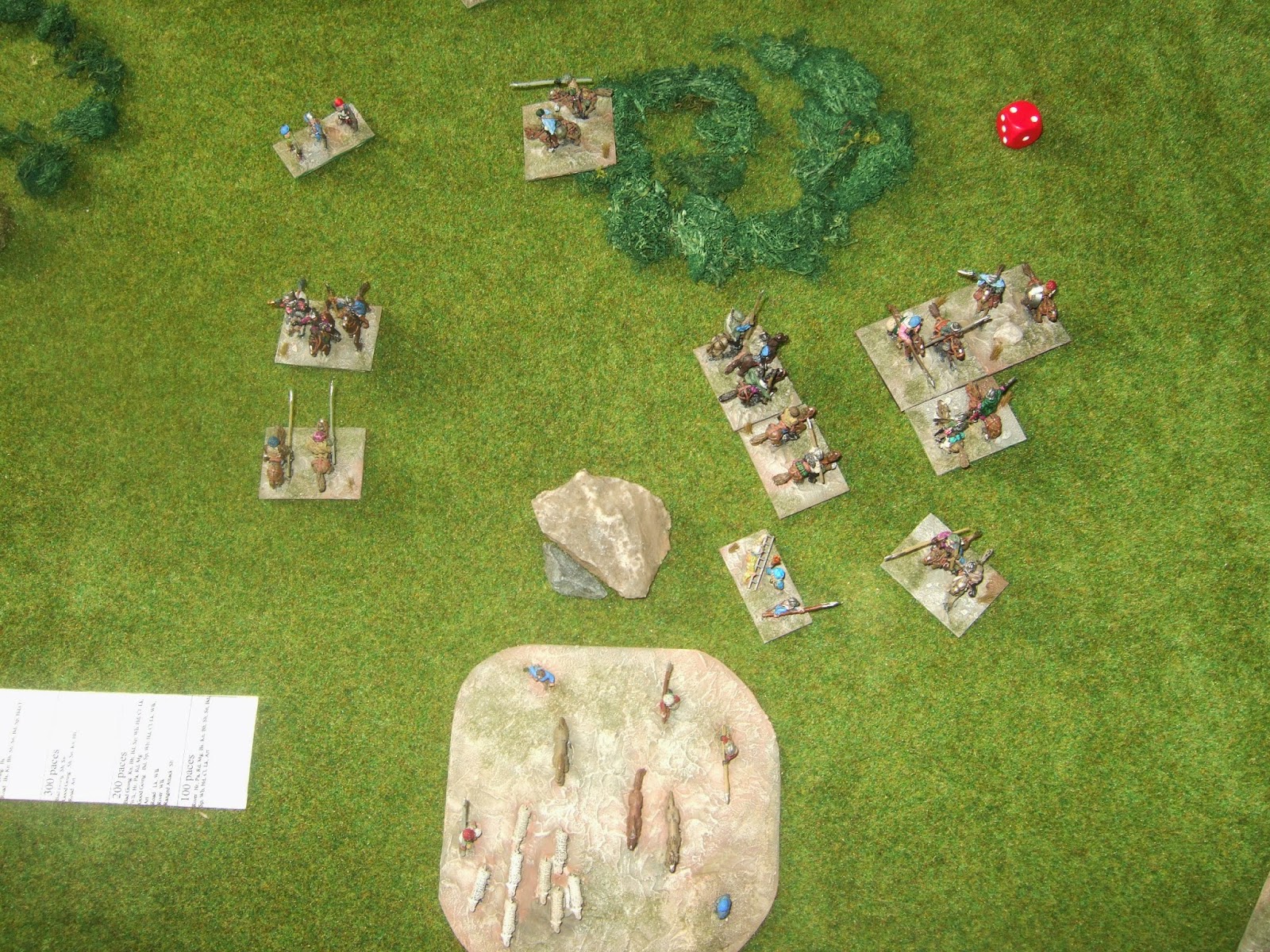 The battle degenerated, as HOTT armies with lots of Riders often seem to, into a confused melee with the Raiders (me) defeating the Warden's Men (Jamie) by taking out 12AP.

What a great idea taking the relevant game with you.
Cheers
Richard P

Richard, It's the Kent coast next year. Operation Sealion?

Now there is an idea. I'm sure you can squeeze some 6mm WWII in the luggage.