Slaughter of the Turks

Jamie and I had a first proper go at playing Maurice the other day (after my solo attempt).

We stuck to small forces, all made up of Regular, Trained troops and we used no advanced rules, National Advantages or Notables.   Jamie played an Ottoman Turkish force (4 cavalry, 3 infantry and 2 guns) and ended up as attacker at which point he took an additional unit of cavalry as mercenaries.

I had Russians (4 infantry, 3 cavalry, 2 guns) and managed to defend with my right flank anchored on a wood and my cavalry deployed on my left.  Jamie matched this deployment.

In the early turns Jamie marched forward his cavalry whilst I bombarded with my guns.
At this point the smoke of battle got into this reporter's eyes.  I couldn't quite see why but for some reason, the Ottoman right-wing advance became disjointed.  Only two of the cavalry units approach close to their Russian counterparts who, in massed formation counter-carged and wiped out the enemy mercenary horse!


Meanwhile the Russian centre stood impassive under the nervous gaze of their Commander in Chief. 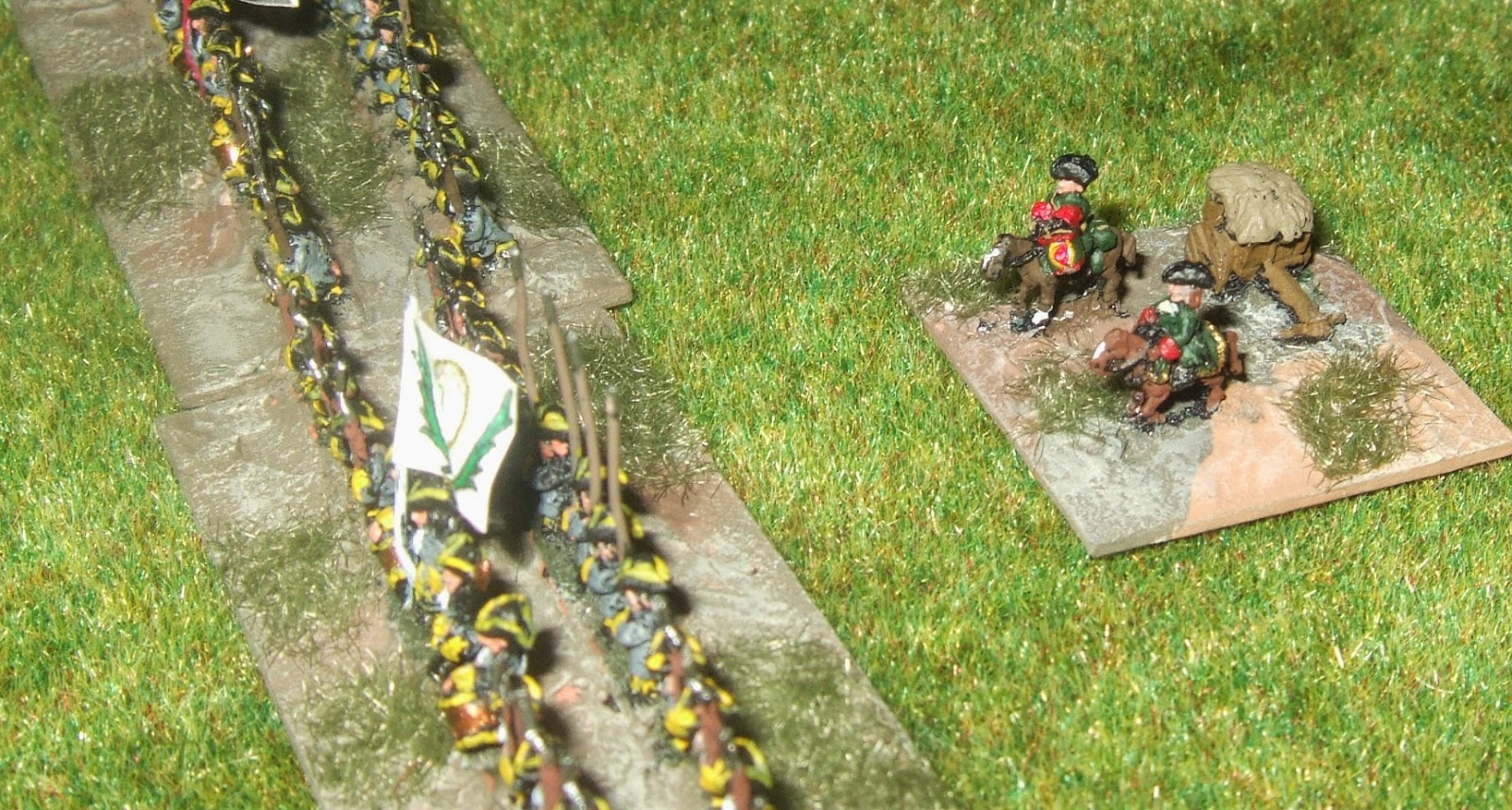 Whilst the Ottoman infantry seemed reluctant to intervene.

On the open flank the cavalry melee continued, though, with the second unit of Ottoman cavalry handled even more roughly than the first! Doubled in combat score is often enough to rout an enemy. In this case I out scored him by 12 to 1.  Twice! 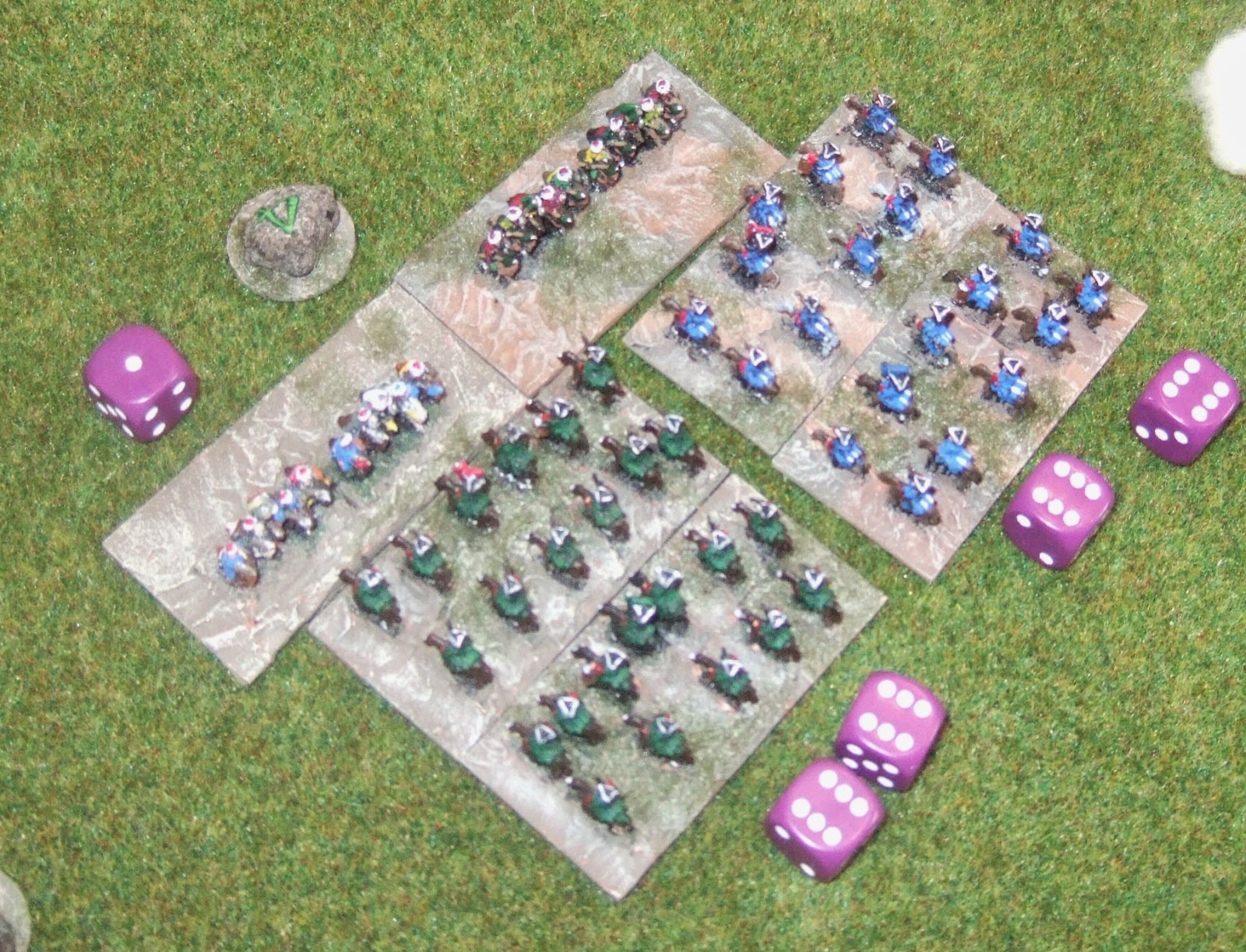 To be fair to Jamie, he'd never played either the rules or the period before so he was at something of a disadvantage. Having seen the way the wind was blowing he ordered forward his infantry centre.  I continued to bombard his advancing troops, "Passing" from time to time to build up my hand of Action Cards.

As the cavalry melee continued to develop...

The infantry in the centre clashed.....


Finally, with another two Sipahi units lost in the grand cavalry melee and a unit of Janissaries lost in the firefight, the Turks' morale broke and they fled the field.  The only Russian loss came when Jamie played a Death of a Hero event card that would cost me one or two points of Army Morale depending on what Jamie rolled on a die.  It was typical of Jamie's luck throughout the game that I lost only one point! 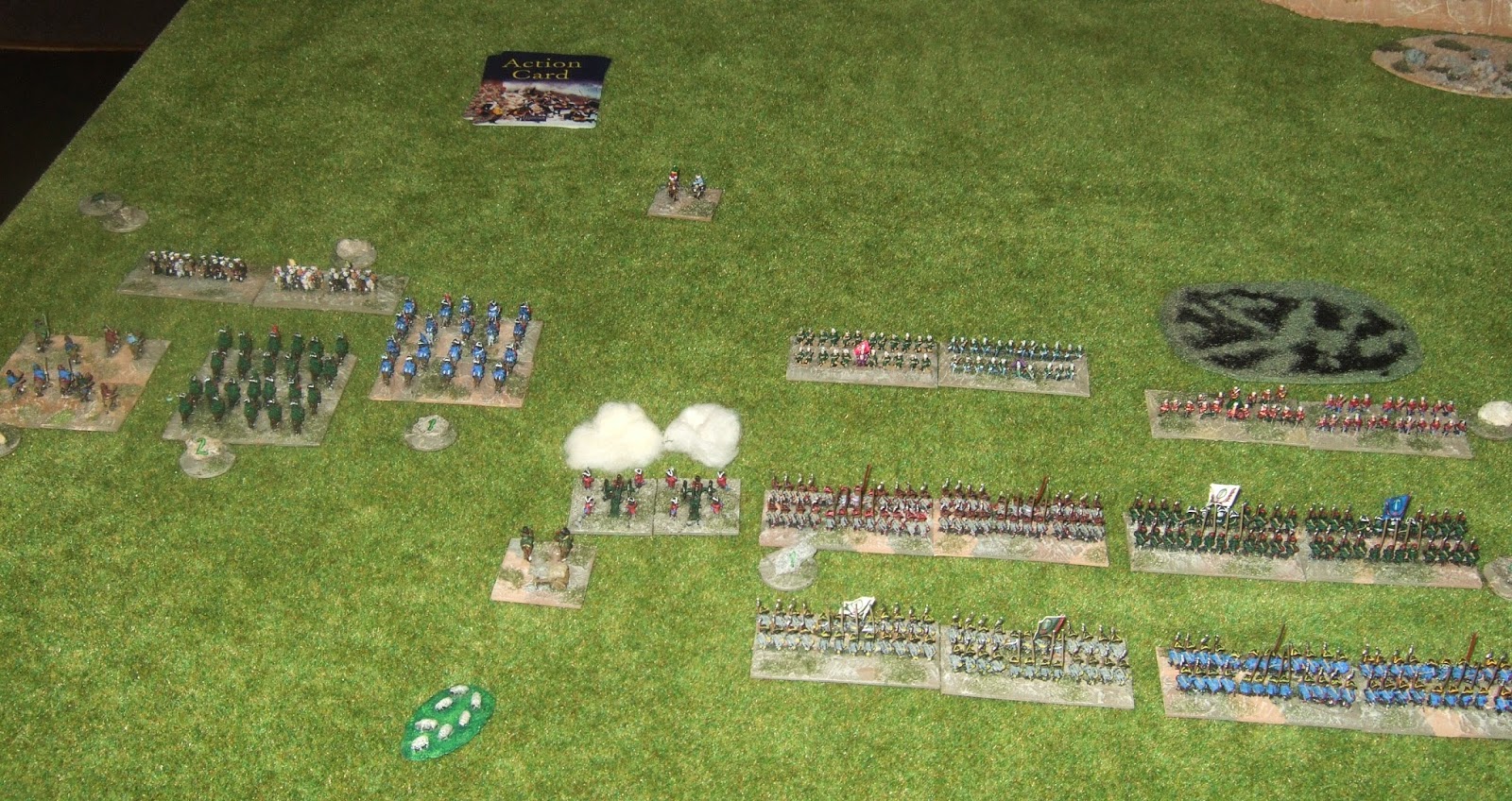 Overall I have to say I really enjoyed Maurice.  The only thing stopping me from adopting it as my 18th century game of choice to the exclusion of all others is that it is definitely a one-player-a-side game.  For me wargaming is at its best when I can have a bunch of mates round and host a multi-player game.  As such Black Powder and 18th Century Principles of War are still in with a shout but I don't think Polemos has a chance.
Posted by Counterpane at 1:46 PM

You can do Maurice multiplayer, using multiple decks. We've done both Blenheim and Malplaquet using the rules.

Yeah, the massed effect of lots of figures was why I wanted to try horse and musket in 6mm in the first place.