I've had a go at creating a couple of Deployment Points to use in my 20mm scale Sharp Practice games.

At a pinch they would both work for the 1798 Rebellion in Ireland (something I plan to game eventually) and I think the one on the left would work for the Peninsula too (as a soldier's wife accompanying the army). 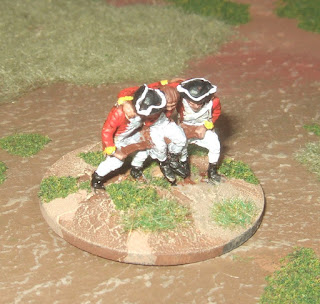 The British infantry (who may pass as county militia in old uniforms for the '98) are from the Airfix Washington's Army set. I bought a small bag of spare figures from Will McNally at Crisis Point with just this kind of project in mind.  Their coats are painted in Vallejo Scarlet - a new colour for me.  I quite like it and will probably use it for all my British infantry from now on. 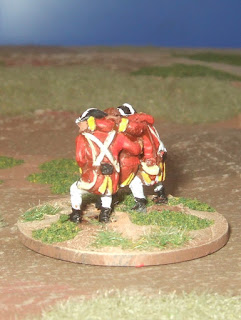 The woman and her camp fire are from the very useful IMEX American Pioneers set.  Her dress is probably not quite in period but I figure a soldier's wife would be unlikely to follow the latest in late-18th or early 19th century fashion so I can live her appearance. 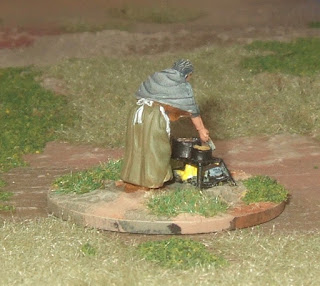 The IMEX plastic is quite rigid and her right hand broke off as I removed her from the sprue.  You can see the join in the rear view but on the whole I'm happy with the repair job (Uhu clear glue and a coat of PVA did the trick). 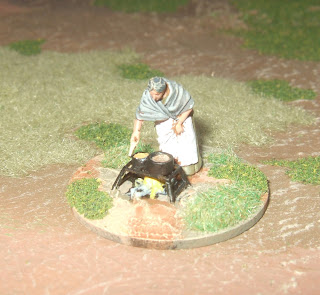