Long-time followers of this blog will know that I generally try to get some gaming in over the Christmas and New Year holiday period and this year has been no exception.

I'd asked for a copy of Dan Mersey's Lion Rampant for Christmas and in the hope and expectation that Santa would deliver, I printed off some Teutonic Knights and Baltic pagans from junior general.org.  So the evening of Boxing Day saw what is surely the most old school game ever to appear here.

The Christmas tablecloth and a couple of off-cuts of astroturf formed the battlefield.  Over this snowy expanse fought two units of mounted men at arms and one of foot sergeants for the Teutonic Order against one unit each of foot men at arms, fierce foot, and bidowers for the Lithuanians.

The Teutonic serjeants started with 11 men as one of their number had been eaten by the puppy. 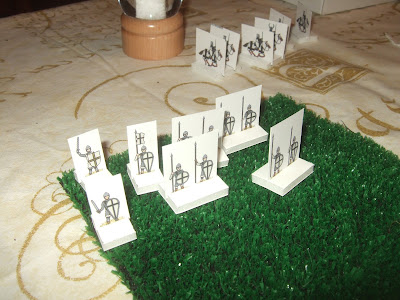 Somewhere hereabouts I lose track of one of the units of mounted knights.  I think they rolled badly after taking casualties from Lithuanian shooting.


I'm not going to dignify this little action by giving winners or losers - it was a trivial exercise in getting to know the rules.

There was more back-and-forth than the above account captures.  I think playing properly designed scenarios on nice terrain, these will be great fun to play.

I plan to follow David Sullivan's lead and use the rules to play some Late Roman actions when I've recruited the appropriate toys.

Posted by Counterpane at 3:28 AM 3 comments:

I must have been a good boy this year.   Stella bought me Lion Rampant, which I've been itching to try and of which more later.  I also got some fine pointed tweezers and a pack of Pulp Figures. 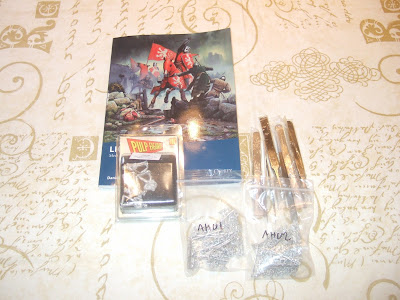 Posted by Counterpane at 2:43 PM 3 comments:

Best Wishes of the Season to all of you from the Goths, Huns, and Franks, from the giant hand of the gods, and from me! 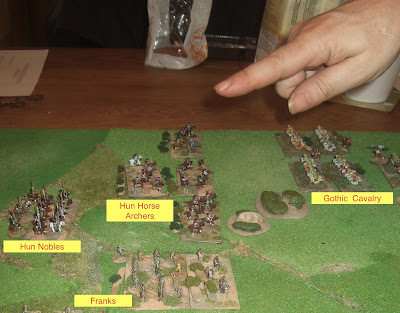 Last week I ordered some 20mm figures from Irregular's Riot range.  The following, rather hurriedly painted, are the first results. 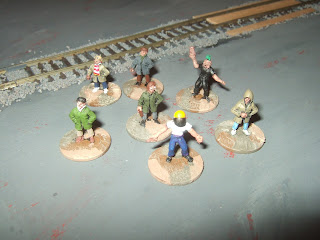 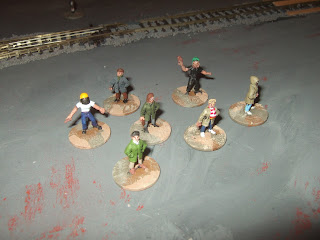 They'll see action in a forthcoming Andreivia game along with this Irregular TV crew and interested riot policeman. 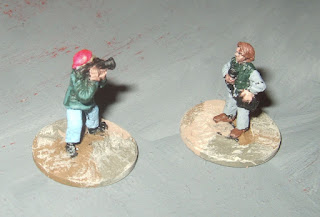 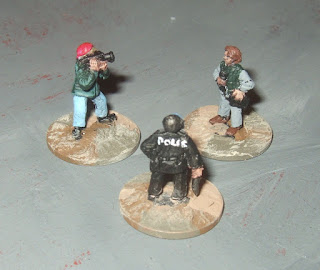 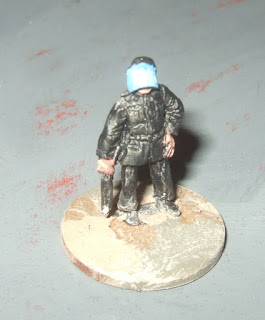 Finally, this pair of plastic figures will see action as MI6 agents in another game. 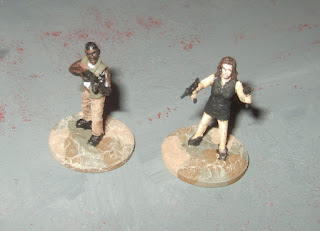 Posted by Counterpane at 2:47 PM 5 comments:

On the workbench - Saxon Dragoons

In the early 18th century the thrones of Saxony and Poland were united in the person of Augustus the Strong.  That's my excuse for adding a unit of Saxon Leibregiment Dragoons to my 6mm scale Polish army.  That and the fact that again had a few figures that needed using up.

Again I've had to sculpt a couple of casualty figures to bring the unit up to strength with the Dragoons in my Russian army.

As usual, the four 30x30mm bases will form a unit for Maurice or Black Powder.  More pics when I get the groundwork done.

Posted by Counterpane at 10:24 AM No comments:

Purchased on Saturday, painted, varnished and based by Thursday evening.  That's pretty good going for me when it comes to 28mm figures. 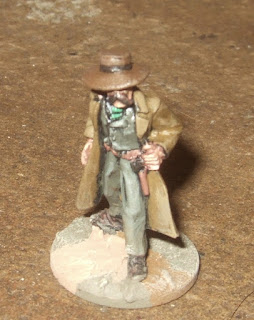 He's from their Dead Man's Hand range and is meant to represent Wyatt Earp.  I carefully removed his tin star and spurs before I painted him. 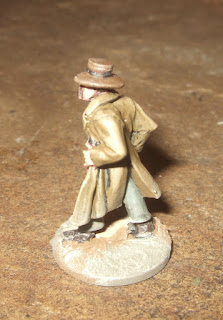 Gerald will form the Main Plot Point in the game I'm intending to run on New Year's Eve. 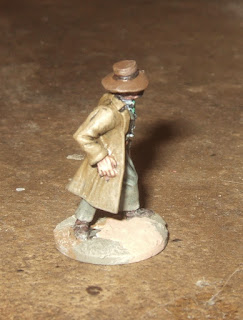 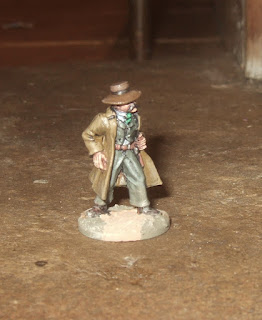 Next job is to source and paint a dog to accompany Gerald.
Posted by Counterpane at 1:06 PM 2 comments:

I popped into the Wargame Store at Brimstage on Saturday as I was over in Wirral visiting my Mum and needed a figure to represent a key character in the Pulp Alley game I'm running at Christmas.

While there I got into a brief conversation with the owner and another customer about how many systems we play.  The local view was that the gamers in the upstairs room at the store probably play no more than four systems and don't really want the hassle or expense of moving beyond those games.

Gates of Antares was cited as a particular example.  This was seen as sitting somewhere between Warhammer 40K and Bolt Action (which, given that its designers had both of these in their back catalogue, is not unreasonable).  Local gamers didn't see the new system as adding anything particularly unique to their current repertoire of games.  Some of them had already bolted BA mechanisms onto W40K.

"But I must play about a dozen systems", I said.  I started counting them off on my fingers and got to ten with no problem.  Afterwards, though, I thought more about this. What are My Systems? What rules do I actually play often enough count myself a regular player?

Happily, this is the kind of question I can answer because I keep a brief record of all the games I play or, more often, umpire.

A few thoughts occur to me about these lists.  First up, the mix of big battle rules vs skirmish rules hasn't changed significantly.

Secondly there are a few rules that I have tried and rejected.  .45 Adventure lost out to Pulp Alley, Bolt Action wasn't for me, and Basic Impetus is currently second choice to To The Strongest!

The 18th century big battle scene is interesting.  The Principles of War set for the period is definitely rejected - I sold on my copy of the rules.  Likewise the ambiguous and too-complex Polemos GNW.   Maurice I love but as someone who most often puts on multi-player games for my mates, a game that's specifically for one player a side isn't going to get played too often.  As a result Black Powder seems to be the default choice, though it's not a game I'm in love with.

So which rules have survived throughout?  Arc of Fire, Cold War Commander, and Hordes of the Things are the only three. Is this perhaps because in Crisis Point, CP6, and Berkeley there are events that allow me to meet up with a bunch of gamers outside the normal Saturday Afternoon Wargames crew?  Wargaming is, for me, essentially a sociable activity.

Posted by Counterpane at 3:09 PM 3 comments:

It seems that with the recent Broo I've begun a program of completing half-finished projects.  Next up are these SdKfz 234/1s. 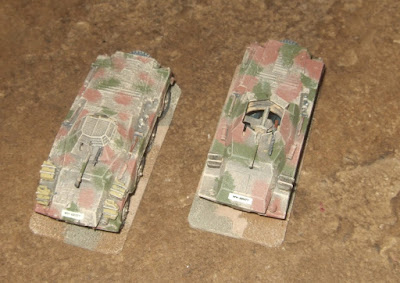 Both conversions of the Matchbox Puma, they are definitely rough-and-ready wargames models.

The one on the left has a turret from an Italeri (I think) SdKfz250/9 that I built as the standard open-topped variant.  The hull came from a friend and has a thick teenage enamel paint job.

The one on the right has a turret I scratch-built, probably not far off my teenage years.  This model has sat, more or less complete, in a storage box for decades.  Only now has it acquired a suitable colour scheme to join my mid-war Germans.