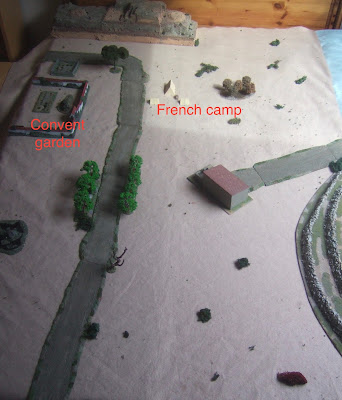 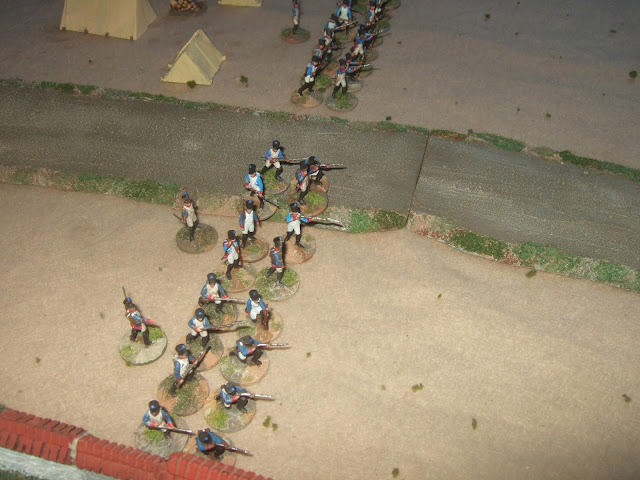 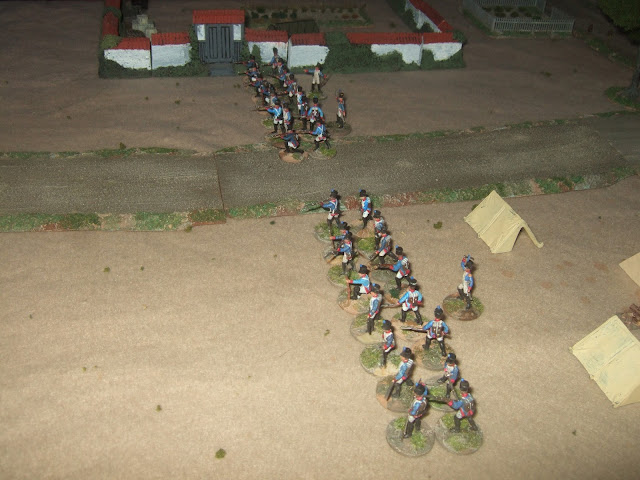 Posted by Counterpane at 3:22 PM 6 comments: 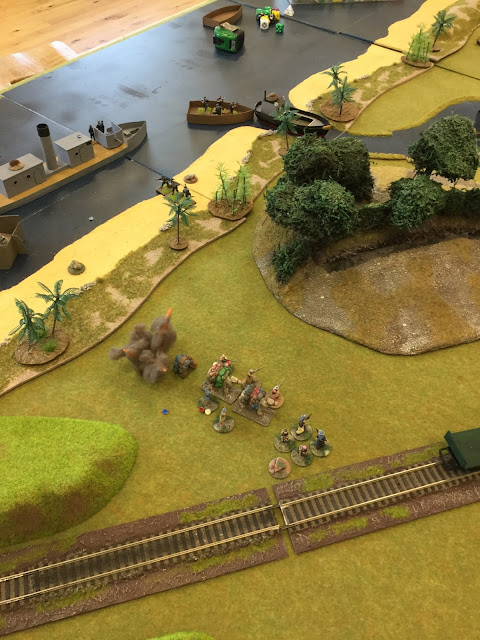 I said that I'd publish some of the stuff that was going on in the background of this year's Crisis Point event.  Here are the details of Leo and Arthur's mission on Day One.  Arthur was off-loading the gas bombs and mortar from the dhow before sailing off with a load of stolen rifles that Leo had retrieved from the old gold mine.

Prof van Langhendonck’s VM Gas Bombs
The Belgian chemist Henk van Langhendonck set out to create a gas that would bring about a humane end to the war.  It would render those gassed so terrified that they would be unable to fight or even to remain in their trenches.  Langhendonck envisaged using the gas on the German forces occupying Belgium thereby forcing them to flee the country.  VM stands for Vredemaker; Flemish for “peacemaker”.

Unfortunately the first batch of gas was stolen from Prof Langhendonck’s laboratory before it could be properly tested.  Now in the hands of Arab gun runners who plan to sell it to the highest bidder in Andreivia, the gas may have unpredictable effects.

These trial gas bombs are designed to be fired from a specially modified 120mm trench mortar (the Arabs have that too) but with a little simple modification, they could easily be dropped from an aircraft.
Rules
When firing the gas bombs from the mortar use the following stats:

Roll 5+ or 6+ to be on target.  If off-target deviate by 1d6” inches.
If there are any figures in the target area roll 1d6 for the effect of the gas:

The gas disperses at the end of the turn.

Posted by Counterpane at 7:52 AM 2 comments:

I continue to blame Simon Miller for my totally unnecessary impulse to build a collection of 28mm Ancients for Basic Impetus and To The Strongest!  The latest symptom of his insidious influence is this horde of Numidian light cavalry.

I'm largely ignorant as to the manufacturers; out of the figures came second hand from eBay.  A few of the horses are Plains Indians from Foundry; left-overs from creating Zebra Riders for Glorantha. 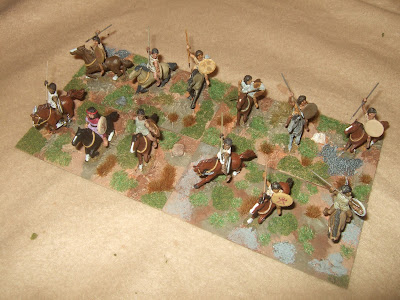 Next up I'm working on some Numidian infantry to go alongside these guys.  They're Victrix plastics and they're rather good! 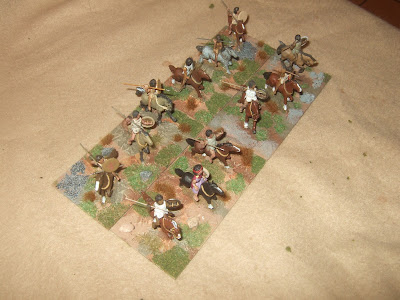 Posted by Counterpane at 1:07 PM 7 comments:

Email ThisBlogThis!Share to TwitterShare to FacebookShare to Pinterest
Labels: 28mm, Ancients, Impetus, To The Strongest!

I had hoped to blog continuously during Crisis Point using our new iPad but it turns out that Blogspot and the iPad browser are incompatible.  You need to download a specific app and I wasn't going to do that during the event.

However, I did manage to take a load of photographs and here are some of them: 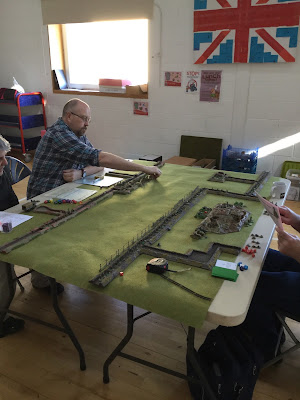 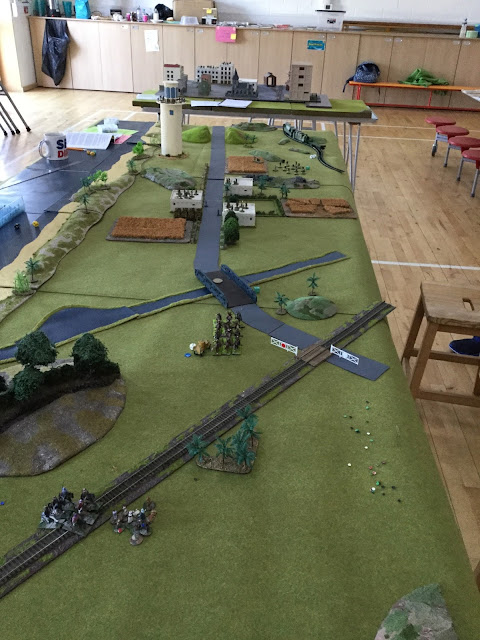 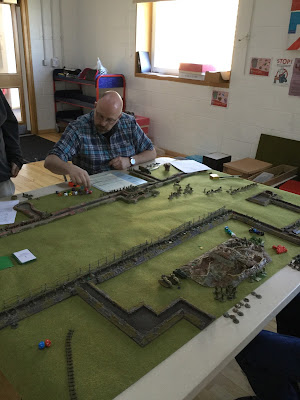 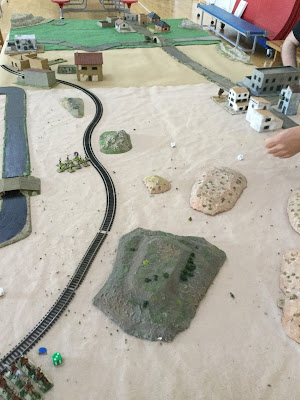 By the end of Day One the Germans had landed a small force on the Black Sea coast.  it would have been a larger force but the Andreivian Air Force (in the form of a Fokker D.VII) arrived at the crucial moment and bombed SMS Koblenz.  The bomb struck and jammed the Koblenz's steering gear.  Unable to stop or steer out of the way, she ploughed through the string of towed barges taking the first wave (armed Kriegsmarine sailors) to the landing beaches.  The second barge was sunk. All aboard were lost!

However, the Germans did manage to tow off their stranded submarine and so completed one of their aims.

The Turks broke through a lightly-manned section of Andreivian trenches on the Caucasus Front and forced a general withdrawal.

In Eastern Andreivia, Woosterforce reached and occupied the town of Tuzkhur despite a distinct lack of cooperation from the Andreivian commander on the scene.

Two groups of Arab 'merchants' had completed some kind of deal but it was not yet clear what had been exchanged for what.

On day two there would be some adjustments.  There would be some fighting in the capital Tcherbevan as Russian Bolseviks tried to forcibly correct the doctrinal error of Andreivia's Left Social Revolutionary government. 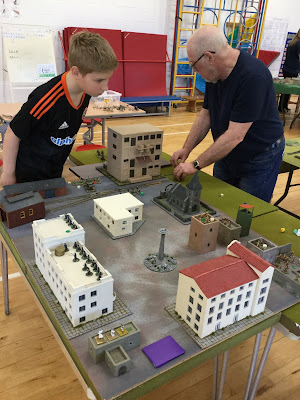 We restructured the Black Sea Coast table to accommodate a fighting withdrawal by Ian's Andreivians and a hasty attack by Kevin's Turks. 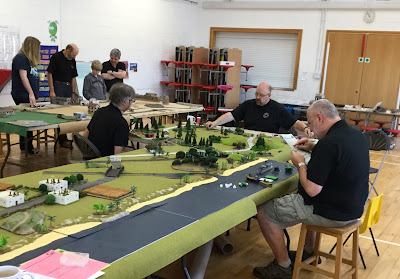 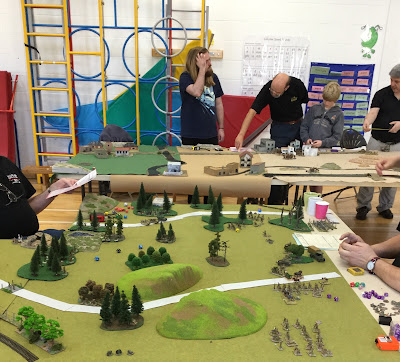 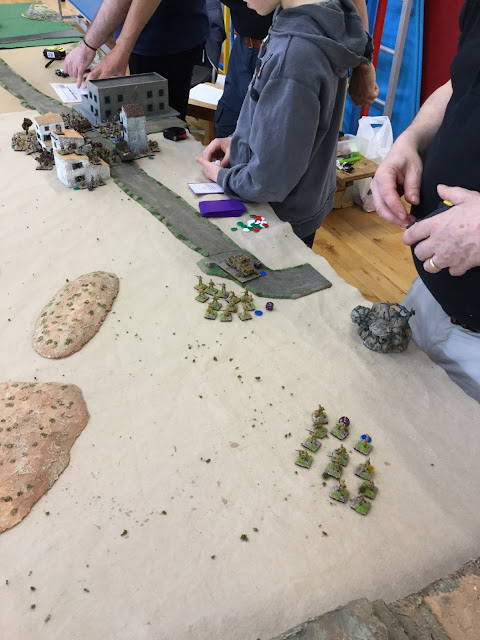 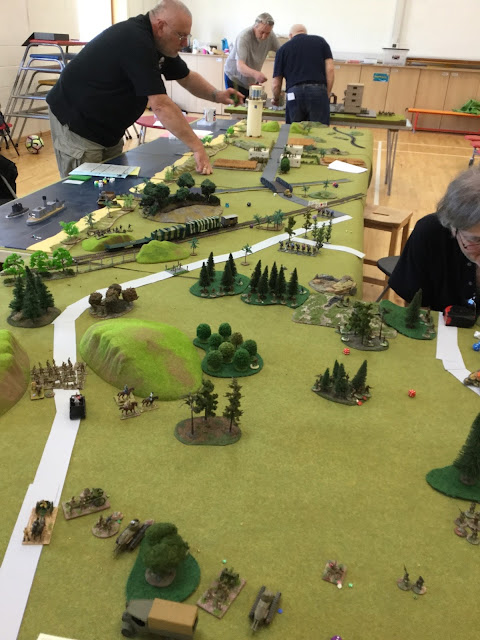 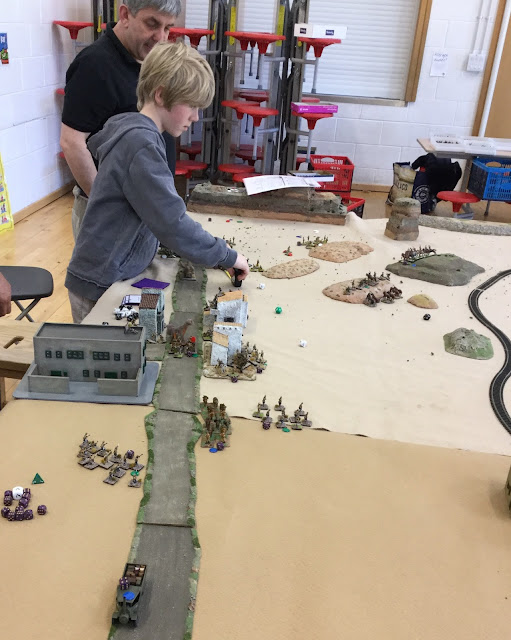 In all I was reasonably pleased with the event. We ended up with 11 players including myself whereas at a relatively late stage in the planning it had looked like we might have as many as 16. For this reason some of the events and forces I'd originally planned for, The Spanish university archaeologists for example, found themselves on the cutting room floor.

Arc of Fire stood up pretty well under the strain of handling larger-than-designed-for forces.  I was pleased with the variant card activation process.

I'll reveal more about the inner workings of the plot in future postings.

Posted by Counterpane at 2:56 PM 4 comments:

And I'll sail her up the west coast... 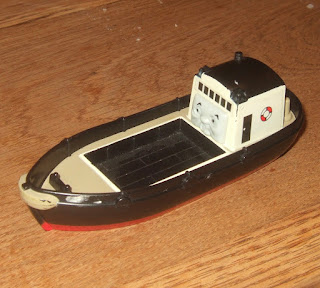 ...has become a useful little barge that might see some use in Andreivia at the weekend... 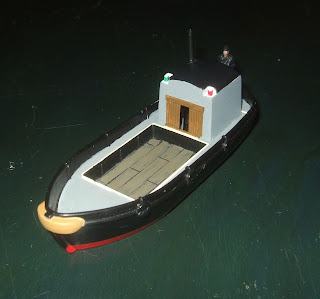 Very much a rushed job. The lower and upper hull were held together by screws so it was easier to take it apart and remove unwanted parts.  I started by removing the moulded plastic face and the sticker decoration from the superstructure and various unwanted fittings from the deck, oh and the wheels (!) from the lower hull.

The removal of the face left a hole in the bodywork. I was able to turn this into a virtue. I ground out the hole with a grinding attachment in my modelling drill to make the entrance hatch.  This was surrounded by sliding doors made from plastic card. 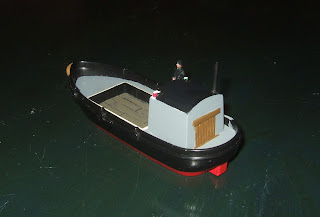 I added an extra set of doors to the rear of the superstructure and a piece of brass tube to form a chimney.

Finally, I painted the barge where it needed it.  I might give it a once over with some Army Painter soft tone to see what effect that has. 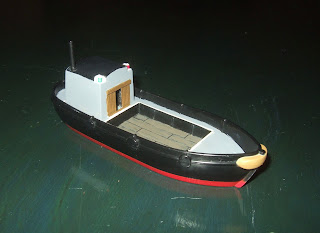 Posted by Counterpane at 2:34 PM 3 comments: