Not Long to Go Now!

Just a couple of weeks until Crisis Point 2018. 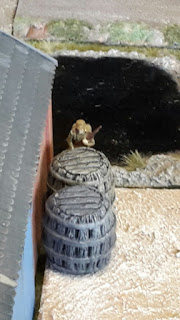 Get your tape-measures greased and be sure your dice are rolling high.  The fate of Andreivia is in your hands!

A bit of a catch-up

I've been most remiss about posting here for the last few weeks. I just haven't felt that motivated to do so despite getting loads of painting done.

I'm within three figures of completing a second (Italian allied) legion for my To The Strongest Republican Romans.  I'd like to get them all done before I show pictures here.

So what can I show you?  Well, I have managed to create some more zero-cost plot points for Pulp Alley.

First up is this fire marker... 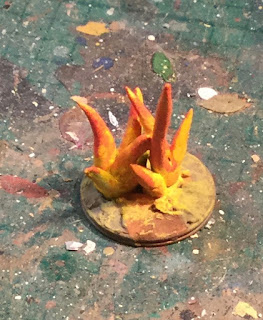 The base is a 0.02 Euro coin 'glooped' with tile grout.  the flames are made from Green Stuff. Whenever I have some left over I use it to make these wiggly shapes and when I have enough it goes onto a base like this. 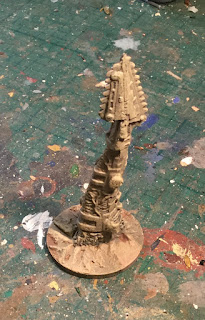 It's a mysterious alien artifact poking out of the desert sands, I guess. This is literally a found item; some bit of child's toy that I found lying in the street. Painted and given a couple of coats of progressively lighter dry-brushing (which don't show at all in the photo). As usual stuck to a coin with texture applied - in this case a two pence coin.

And finally, a cactus for the Mexican desert... 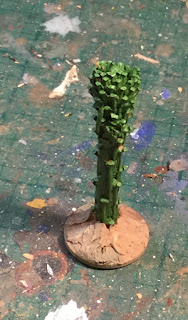 Obviously a coin and some basing gloop are involved but there's an Order of Andreivian Artists (Second Class) to anyone who can identify the freebie source of the cactus itself.


Posted by Counterpane at 4:44 PM No comments: 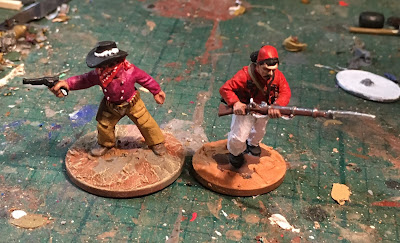 The chap on the left is a Republican guerrilla leader.  He's represented by a Foundry Wild West bandit who's been sitting un my unpainted figures box for years.

The other figure is the first of my Imperialist contra-guerrillas. He's built from the Perry plastic zouaves box.  I've carved down the baggy zouave breeches at the top of the legs and built up them up as trousers at the lower end.  At least another seven of those to do before I have a unit!

I said "new" figures because I already had a few Mexican figures I'd bought with a view to using in my Pulp Alley campaign.  I reckon they'll do fine as Republican guerrillas: 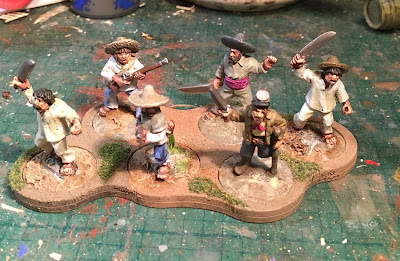 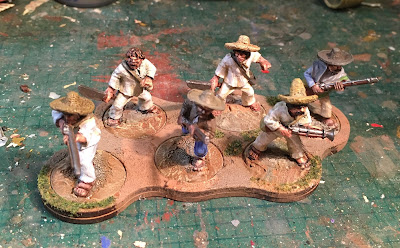 Posted by Counterpane at 1:32 PM 2 comments:

Postie has battled through the snow to deliver my latest purchase; a box of Perry Miniatures plastic Zouaves. 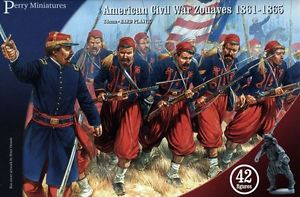 Before you ask, no I haven't suddenly discovered an interest in the American Civil War (it's still a period that's never floated my boat).  Instead I'm planning on using them to play Sharp Practice set in Mexico during the Maximillian Adventure.

I've not yet decided how to use them.  They may be French Zouaves: 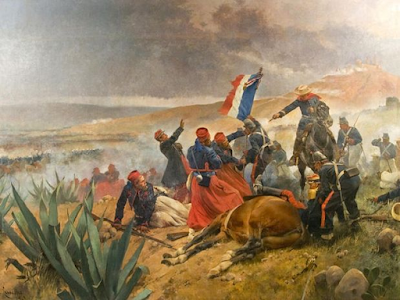 Or I might use them, with a little conversion, as contra-guerrilla infantry as per the chap on the right here: 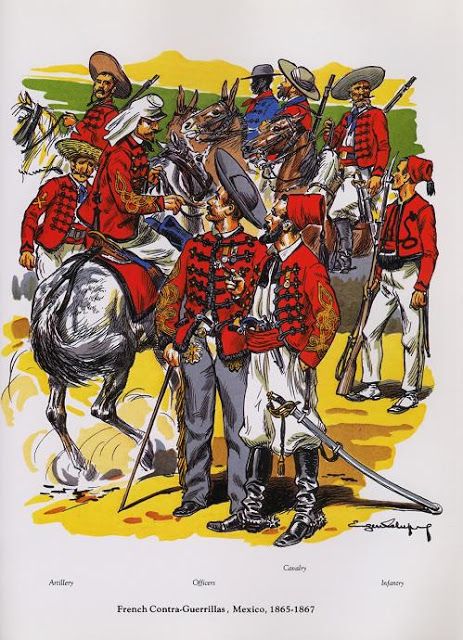 Given the baggy trousers on the Perry models, the French zouave route looks easier.

Then again, given that there are 40 rank and file (plus an officer and a drummer) in the box, I could probably do both!

Posted by Counterpane at 2:18 AM 2 comments: