The Oxfam charity shop in Broomhill ("The prettiest suburb in England" - John Betjeman) on the west side of Sheffield is ever-reliable as a source of unexpected second-hand books.  This weekend I found: 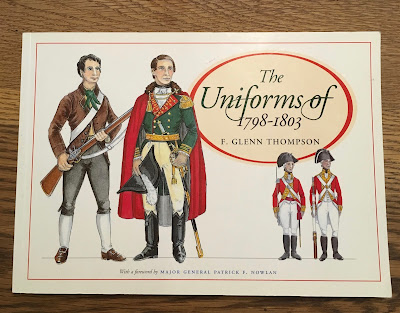 It's been on my look-out-for-it list for a while but I didn't think find a copy outside of Ireland, it being a description of the clothing and uniforms worn by rebels and crown forces during the 1798 and 1803 risings in that country.  It also being only six quid was a definite bonus.

With 26 full colour lates and extensive notes on each it's pretty indispensable for anyone trying to put together wargames forces for the 1798.

The United Irishmen's Rebellion (as it's also known) is a bit of a side project for me.  The plan is to put together two Sharp Practice forces in 20mm scale using carefully selected and converted plastic figures.

The insurgents are the hardest to source.  I'm working on conversions of HaT Spanish guerrillas at present.  The Government forces have some repurposed Prussians and Royal Marines at the moment and Highlanders will provide me with a force of Reay's Fencibles.  Oh and a box of HaT early-Napoleonic French infantry in bicornes will do for General Humbert's expeditionary force.  Just need to find some British dragoons in Tarleton helmets and French hussars in mirlitons.

On the workbench: Atlantic Wall Defences

I've spent the evening finishing off some 6mm scale German defences from The Baggage Train.  These are all likely to appear in 2019 in a series of Normandy games planned by the Cold War Commanders. 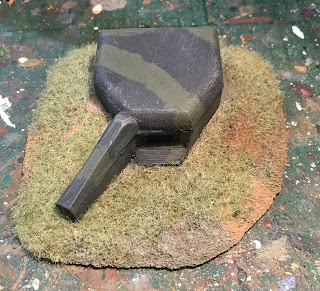 First up are a couple of H669 pattern bunkers.  These are designed to enfilade beaches.  The side wall goes on the side nearest to the sea and protects the fire slit of the bunker from direct naval gunfire. 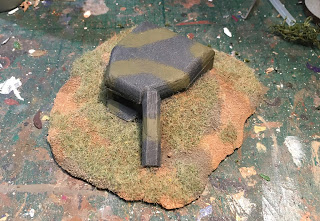 Next up is an AA position.  I think it's designed for a 20mm AA gun but I have a spare 37mm that I'm going to try in it. 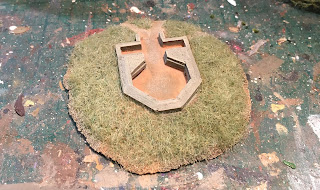 There's another similar AA gun position on top of this command bunker (below). 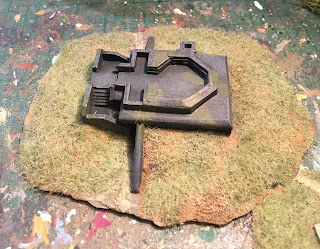 And finally for now there's this artillery position.  I'm beginning to regret selling a book I had years ago about German field engineering.  I could have used it to identify all of these! 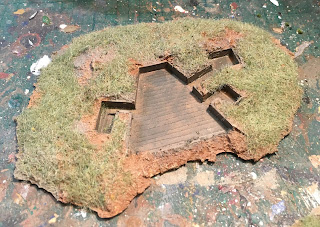 We (the Cold War Commanders) are putting on three games at Joy of Six this July.  The games will be set in the same location on three different dates (in 1959, 1973 and 1989) and will all involve a Soviet motor Rifle Regiment attacking a British battalion battlegroup.  This means that we need triplicate terrain items.

Here's my first go at producing one location in three periods: 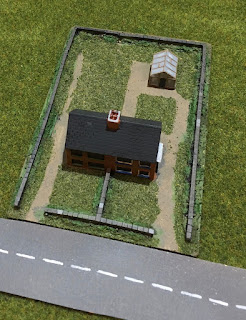 Not terribly clear but the houses have been repainted in the pic below. 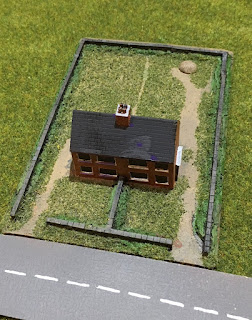 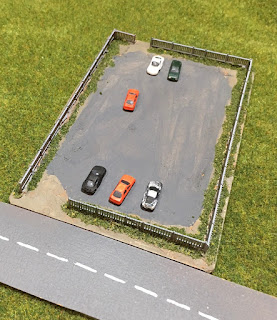 I'm working on the principle that property boundaries tent to be preserved over time.  In this case the two semi-detached houses shared a plot of land that subsequently became a small car park.

Posted by Counterpane at 2:18 PM 4 comments:

This past weekend saw a company of stout yeoman gamers descend on Dungworth from all corners of the Kingdom to play in the annual Crisis Point gaming weekend.

We took possession of the school hall on Friday afternoon and it was a pleasure to welcome returnees Ian, Andy, and Richard P as well as new boy Mark J who had all come along to help with the set-up.

There were slightly fewer tables this year than on previous occasions.  We briefly considered raiding the old village hall for trestle tables but in the end we decided to make a virtue of necessity.  A smaller table would mean all forces getting into action earlier and give us a good chance of getting to a climactic battle on Sunday.

We managed to get the tables pretty well set up by a little before beer o'clock.  Sadly, however, I don't seem to have taken any successful shots of the whole table.

On Saturday morning the gang all turned up.  We had Rob and Russ returning for the first time in several years, Tom and local lad Gabriel with us for the first time, and regulars Arthur, Leo, Kevin, and Jamie back again from last year.


So who won in the end?  You know what?  I don't really care; it was a great weekend and we got some enjoyable gaming and good socialising under our belts.

Thank you all who attended.  I'm already making plans for next year!

Posted by Counterpane at 1:34 PM 4 comments:

This is my attempt at mapping the terrain over which our game at Joy of Six may be played this year: 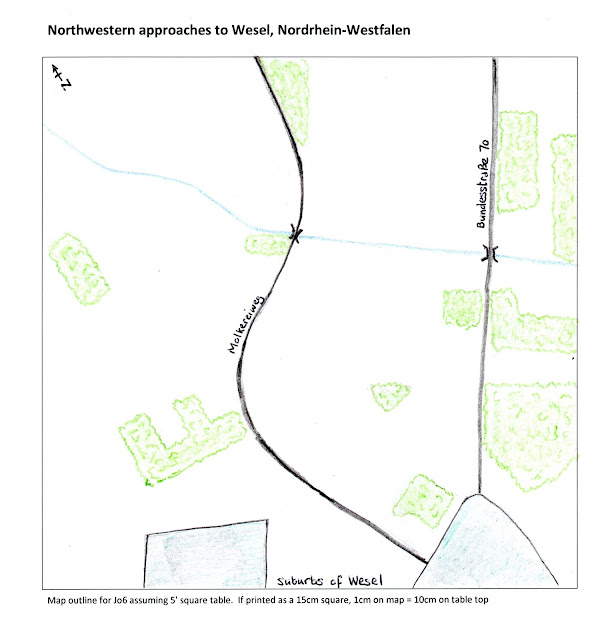 It's posted here so I can get it displayed on the CWC Forum.

I'm not long back from a few days in Gotham with my mother and daughter.  I didn't get to do much in the way of gaming related activity but I did manage a few minutes here.... 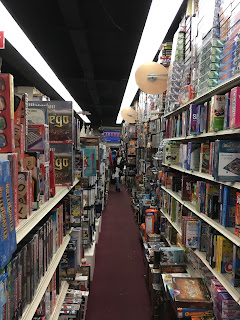 I remember seeing The Compleat Strategist mentioned as a vendor of gaming material in a number of products I owned in the 1980s - probably Runequest and perhaps some FGU products.  My copy of the Sixth Fleet rule book is on my desk and I note that they were based only a block or so away.  It's good to know there's still a game shop going from that era and amazing that they can survive given NYC rents.

I didn't buy anything as I only had a few minutes browsing time before the shop closed for the evening.  Prices seemed to be roughly comparable with what I see in the UK.  $14.75 for small X-Wing ships for example.
Posted by Counterpane at 3:42 AM 2 comments: