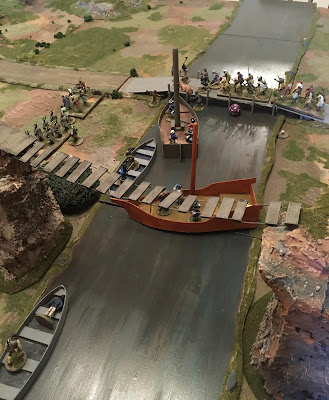 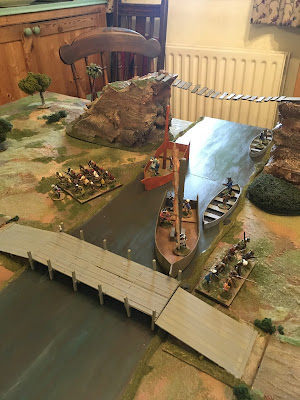 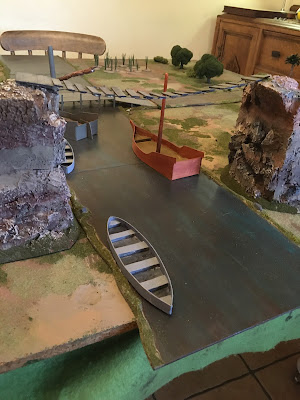 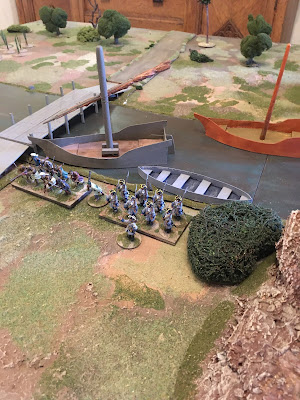 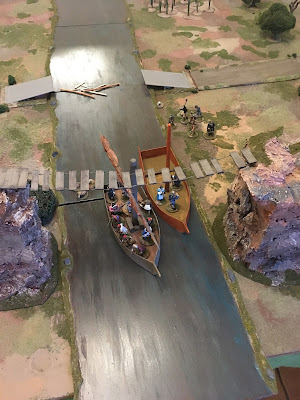 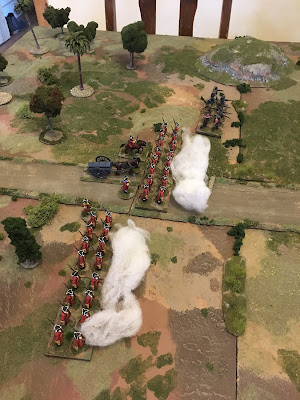 I really enjoyed the game and I think the players did too. The spirit of the game was honoured throughout And the few rules issues we encountered were resolved amicably.  Thanks Mike, Mike, Jim and Tom for making this such fun.
Posted by Counterpane at 5:45 AM 3 comments:

I've had a go at setting up the terrain for the Sharp Practice game at VL2. 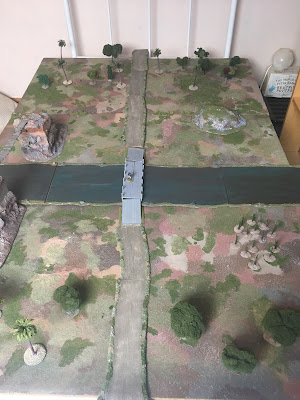 It's all a bit uneven at present because the boards are set up on the spare bed in what was until recently Charlie's room.
You can see the new, large bridge over the river in the centre of the picture. On the left is a rope bridge fore clearly seen below... 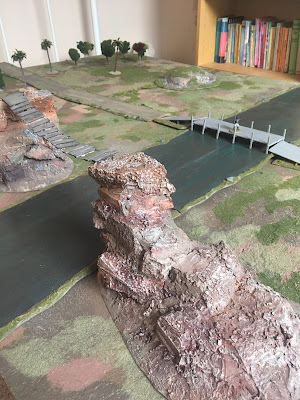 I'm going to add a little flock to the new crags to help them blend into the base boards better.  Other than that, I think we're ready to go.
Posted by Counterpane at 3:01 PM No comments:

Bridge on the River Borno

I'm running a game of Sharp Practice at Virtual Lard 2 on Saturday. The scenario needs bridge on a large river. 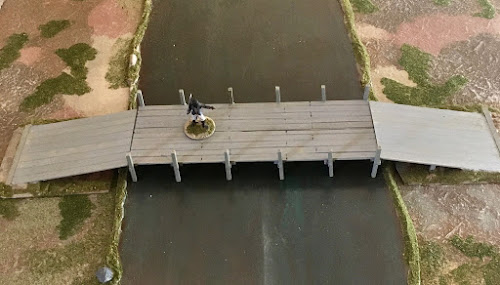 The structure is built from some square-profile bamboo skewers courtesy of J Sainsbury.  The deck is made from some pieces of thin wood veneer I had left over from a previous project and the ramps are scored card as I didn't have enough of the wood. 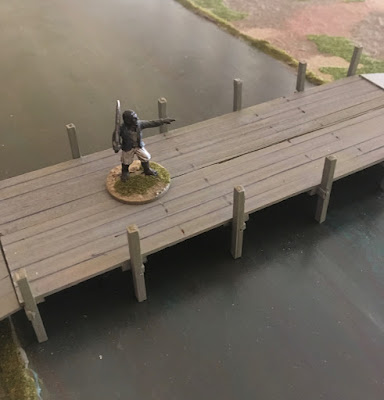 I painted the structure in Vallejo Medium Sea Grey and then gave it a bit of a semi-drybrush with some Grey Green. 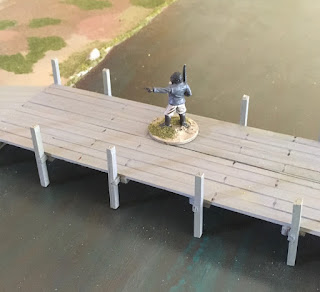 Posted by Counterpane at 9:57 AM 2 comments:

On Sunday we played our first test-game-of-Future-War-Commander-by-Skype. I'd created a scenario based in a Frank Chadwick article in the Journal of the Traveller's Aid Society about forty years ago!
Gus and John commanded elements of the armed forces of LSP (Pynchan) Inc - the corporate government a planet in the Third Imperium (the setting of the Traveller RPG).  Andy and Mark represented to revolutionaries closing in on the capital and on the verge of winning the planet-wide civil war.
As so often with these games, I was too busy trying to keep things moving to take photographs but here are a few.
I set the table up as a desert area with a small settlement and artificially irrigated fields in the centre. There were a few low ridges (marked by lines of gravel), a steep hill, and a steep-sided gully. 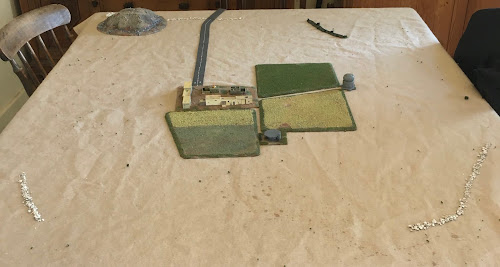 The game was fairly slow as we were feeling our way into the rules.  I think we managed about three turns in four hours.
Inevitably the built-up area was the focus of the fighting. Below we can see mercenary infantry passing the condenser unit adjacent to the crop-fields. 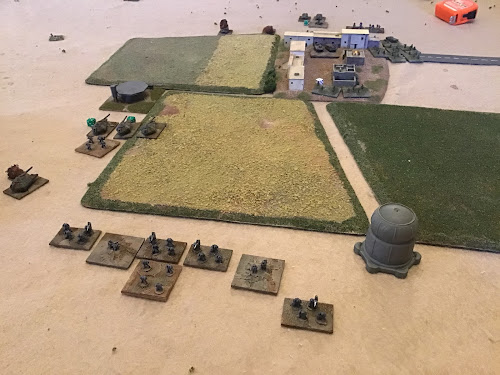 The rebels' light combat walkers proved to be unfortunately vulnerable to fire from the government's relatively low-tech tracked tanks... 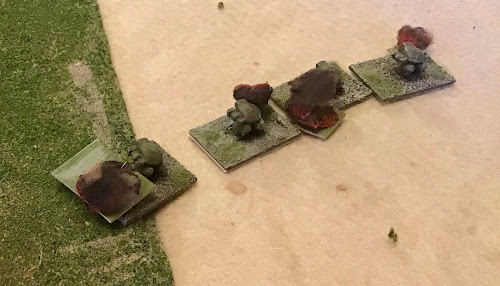 The picture below shows Government infantry at the front edge of the village.  At that point they had just destroyed a rebel recce unit which had got too close. 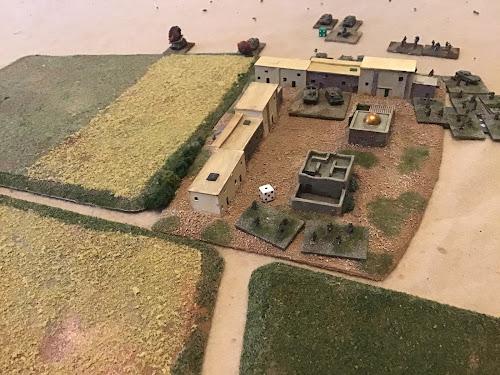 I'd made sure I gave all of the players two HQ units and the Government side had a Forward Air Controller. Of course both sides had a CO too. The opinion of the players was that the game had been slow as a result.
We're going to give the system another go, probably with smaller forces.
Posted by Counterpane at 12:10 PM No comments: