So I've been wanting to have another go at Sharp Practice since watching the latest Let's Play video from Beasts of War and I rather fancied seeing if I could run a game using the few 1860s Mexican figures I have so far.

Now, I only have two units of eight Contra-guerillas, twelve Republican guerrillas, and a few assorted Leaders.  Could I possibly make a working scenario out of so few figures?

I'm currently reading La Contra-Guerilla Francaise au Mexique: Souvenirs des Terres Chaudes by General de Kémtry and as far as my schoolboy French can determine, there was an interesting little action near the beginning of contra-guerilla operations that would probably work.

In March 1862 Colonel du Pin's men marched into the dense forests around Vera Cruz to attack the guerrilla stronghold of Tlaliscoya.  At one point they engages in a firefight across an apparently impassible river gorge.  For the game I posited the idea of a small portion of the main column getting separated in the dark and landing up in the same situation but on a smaller scale.

The Contras start with a unit of skirmishers (6 men and a Level 1 Leader sergeant) and part of the main column (8 man contra-guerilla infantry unit with a Level 2 Leader lieutenant).  Opposing them over the river gorge are two groups of Republican skirmishers with similar leaders.

I made the table simply by positioning four of my 2 foot squares with a gap in the middle to represent the gorge. Each side a Deployment about 12 inches back from the river.  Both sides would be able to recycle casualties as soon as they had enough to form a whole new unit.

In addition the Contras had a Moveable Deployment Point that started adjacent to the main point.  It could be moved as usual until it reached the riverbank.  After that it would take 4 command cards to move across the river.  This was to represent some other Contra stragglers finding a previously undetected crossing point. 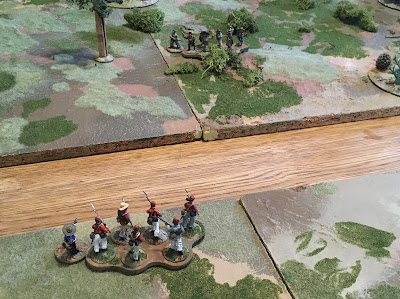 The initial clash was between the Contra skirmishers and  unit of Republicans hiding behind some bushes. 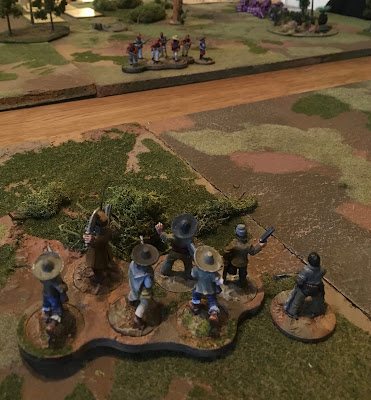 Then another groups of guerrillas appeared... 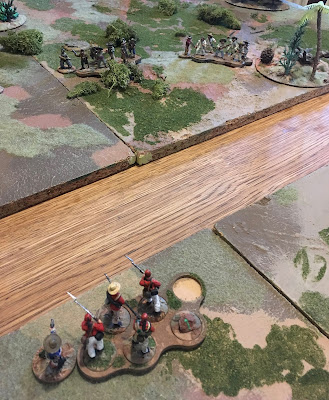 As casualties (and shock) began to mount, the other Contra unit arrived, led by the brave Lieutenant Lebrun. 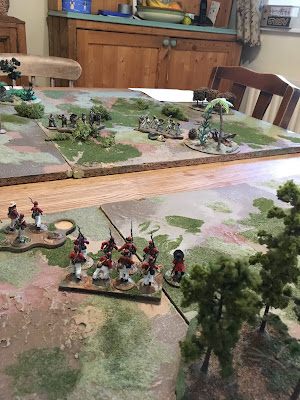 Lebrun's men unleashed a volley at the righthand unit of Republicans and inflicted some serious shock... 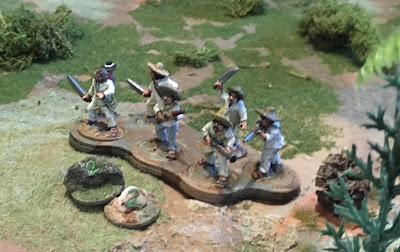 The next volley was even more effective, killing a couple of guerrillas and lightly wounding their officer Don Diego Gomez.  However a random event saw a pall of dense powder smoke settle across the main unit's front. 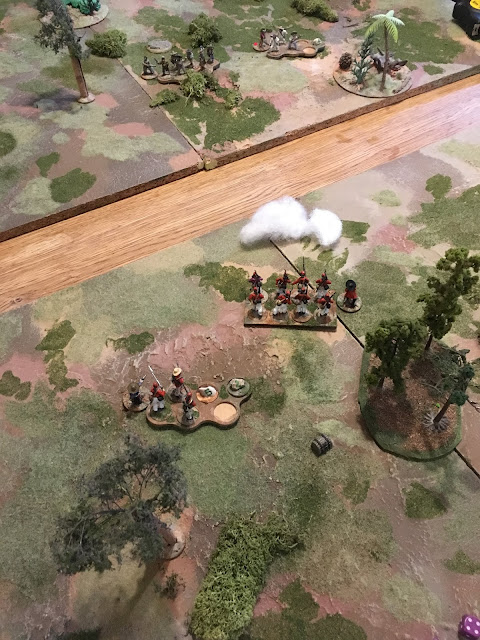 I decided to move the Contra main unit left into the space recently vacated by the skirmishers, who'd been forced to pull back.

This proved entirely the wrong thing to do.  Faced by two guerrilla units the new Contra group took enough casualties to force it to withdraw. It fell back through the skirmishers giving them more shock and causing them in turn to rout. And so it went with the two Contra units successively falling back through each other and causing further fallbacks etc etc etc... 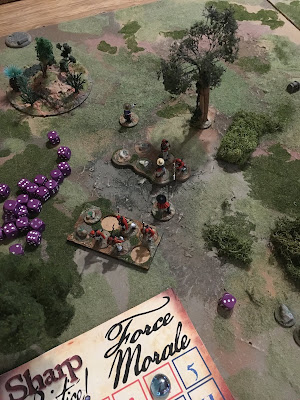 Victory to the Republic!
Posted by Counterpane at 12:16 PM 7 comments: 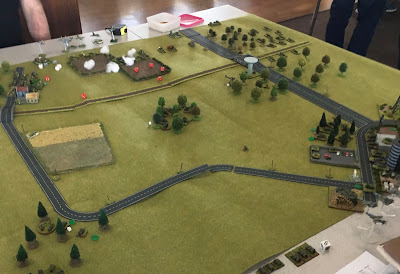 As a I said a while back, I'm inspired to have a go at producing a Sharp Practice force for the Maximilian Adventure.  When last we touched base I'd just bought a box of Perry plastic zouaves.

Time has moved on and I've managed to get a pleasing number of them converted into contra-guerrillas.  The first unit of eight are in a marching pose.... 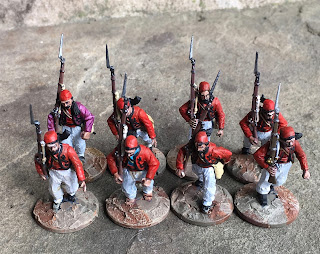 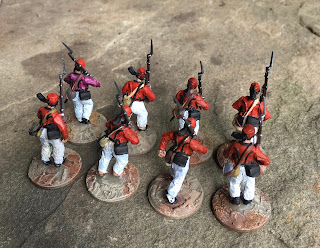 The only converting involved here was cutting down the baggy zouave breeches into overall trousers in line with the figure on the extreme right in this illustration... 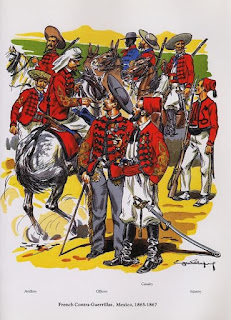 ... oh, and one of the guys has sandals rather than shoes.

Next up is a unit of skirmishers... 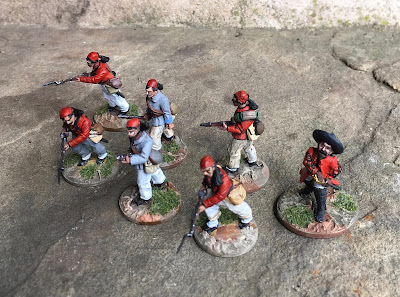 A rather more complex picture here.  Firstly there are three of the Perry plastics, this time assembled in the "charge" pose with the same conversion job on the trousers.

Then there are three guys from the Artisan Designs "Plains Infantry" bubble pack.  I've done head transplants to give them zouave-style caps which I think gives the unit a bit of coherence despite the fact that two of the figures are wearing the old, grey jackets initially worn by this unit.

Finally, the officer is an unmodified Wargames Foundry metal figure. 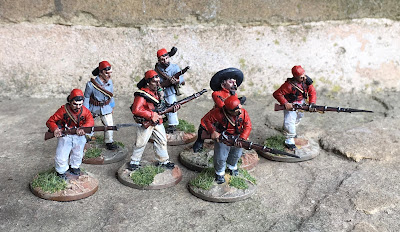 Also for this project I've got a wagon on the workbench... 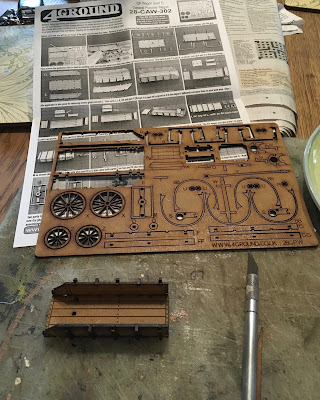 It's a 4Ground general purpose wagon and I'm sure it'll add considerable character to my battle scenes.

Posted by Counterpane at 8:47 AM 3 comments: