Inspired by a recent, Glorantha-set game of Song of Blades and Heroes, I've been enthused to complete the Pavis building seen under construction in the previous post.

Casting about for inspiration on what to add to the base, I came across a box of textured blue foam I got from the Firedragon Games Kickstarter.  As it was my first use of the material, I decided to build a simple structure.  I think of it as some sort of strongroom, perhaps belonging to a merchant or to one of the cults. 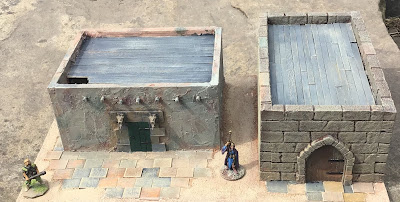 Like the previous building on the left, the roof is made from wooden coffee stirrers.  I'm convinced Pavis must rely on a significant timber import trade.  This will mostly be, I guess, down the River of Cradles from Shadows Dance. 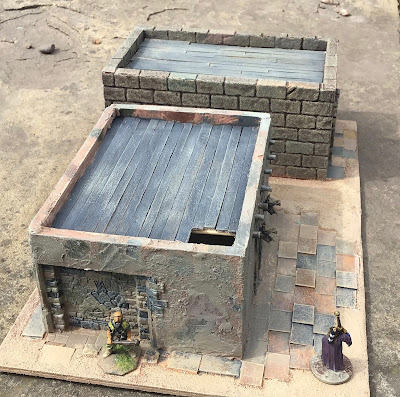 I'm reasonably pleased with these buildings but I've noticed that I need to paint the visible part of the roof-beam inside the house. 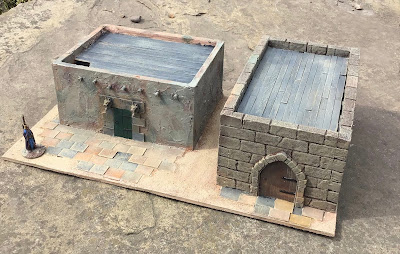 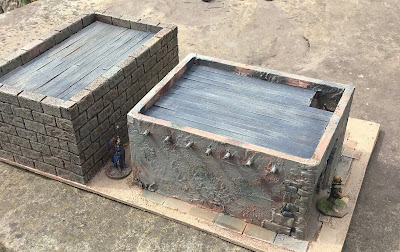 Posted by Counterpane at 3:27 AM 3 comments: 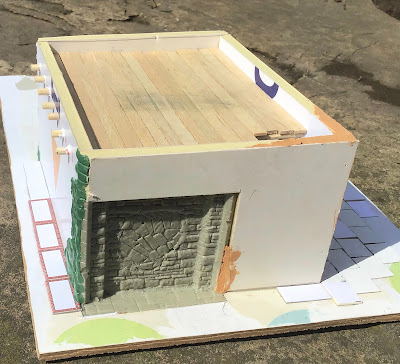 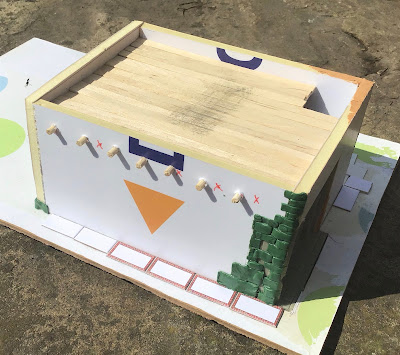 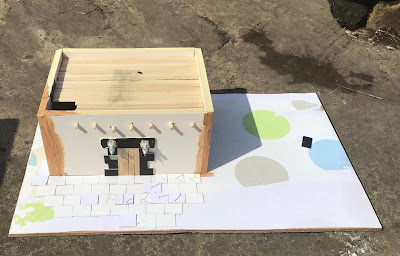 Posted by Counterpane at 3:00 AM 2 comments:

Yet more for Mexico

The latest completed models for my Maximilian Adventure project are these French engineers: 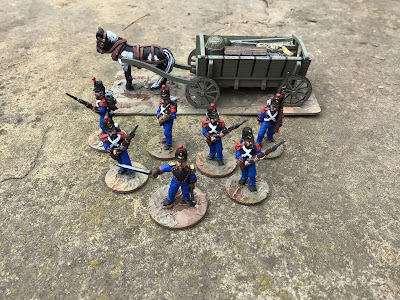 They were a Christmas present from Jamie. The men are by Foundry (from the Crimean War range actually) while the waggon is by Warbases.  The men's uniforms are a little too by-the-book for the usual Mexican style.  We must assume these guys are straight off the boat from France.

I love the Warbases engineers' waggon.  Like all of their kits it goes together beautifully and is nice an robust.  The load is a single piece of cast resin.  The whole thing is sufficiently generic that I think I'll use it for any future Sharp Practice or Muskets and Tomahawks army.
Posted by Counterpane at 11:37 PM 2 comments: