I've finished a few more bits of 1812 Riga including the partly burned-out house I showed previously. 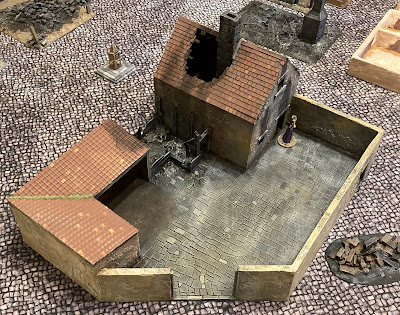 As usual (for me, nowadays) this is foamcore and balsa wood on an expanded PVC board base. The base is scribed as flagstones using an old ball-point pen. The stable block is roofed with Merit pantile sheet while the main house is laser-cut tiles mixed with home-made equivalents after I ran out of the commercial ones.

Also from foamcore and PVC board is this cluster of pig pens. I'll probably addd some gates to the individual pens made out of thin wood from the wooden boxes that camembert cheese comes in. 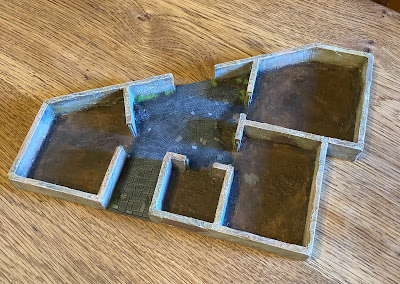 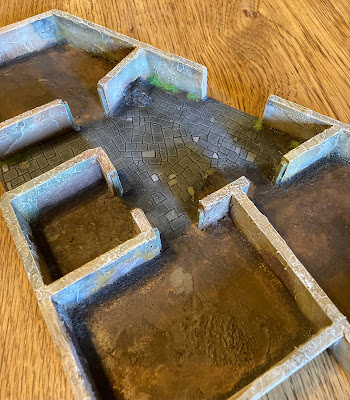 Finally, as one side of the Riga board seems increasingly to be representing an area of former animal market, I've created a couple of mostly depleted haystacks. 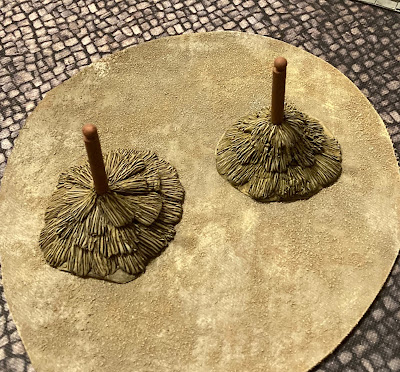 As I said in the previous post, these are made from wooden rod, a couple of map pins and sculpted Milliput.

I think Riga is pretty much finished now. Anything else I add is purely for decoration and won't play a significant role in game play.

Posted by Counterpane at 6:07 AM

Nice work Richard and I like the partially eaten haystacks, which is a nice touch:).