A First Shot at MERDC

I have the morning off work (it's that use-it-or-lose-it time in the leave year) so I thought I'd have a go at painting a 1/300th M60A1 in MERDC camouflage.  This was the scientifically designed American camo scheme in use in the 1980s.  It was eventually replaced when the NATO powers that be decided it would make it too easy for Warsaw Pact forces to identify that they were up against Americans rather than one of the other NATO nations.

I've gone with the European temperate variant of the scheme - two tones of green with sand and black. 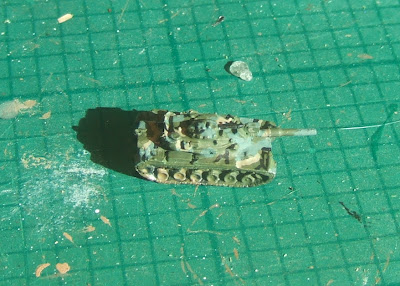 I think the paler of the greens (Vallejo German Uniform) I've used is too greyish. 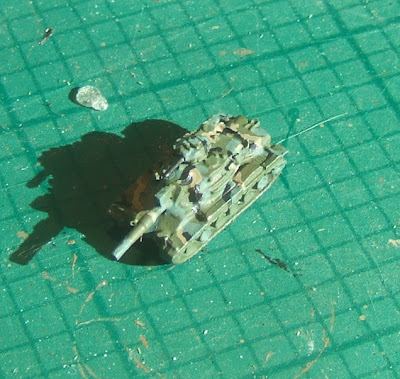 I haven't drybrushed this model either.  Experience suggests that if I do so (I normally do with 1/300th scale models) the carefully painted camouflage will disappear from view completely. 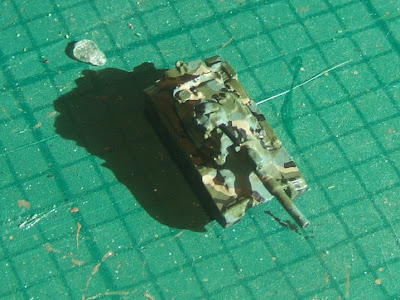 Posted by Counterpane at 2:45 AM

You could always drybrush each camouflage colour in it's own highlight colour :)

Hmmm. About a dozen vehicles to paint? Might give that option a miss, thanks Alan.