Wars of the Roses Foot

I’ve just completed a couple of new units for today’s Wars of the Roses game.  Based for Impetus, they are a unit of fairly generic men-at-arms or dismounted nobles, and a unit of bowmen in the livery of Lord Fitzwater.

The longbowmen were an attempt to apply the approach set out by my friend Simon Miller in a recent article.  I’ve used old figures acquired from a variety of sources.  They’ve had a partial repaint to make them look a bit more like a coherent unit. I chose Lord Fitzwater because, although he doesn’t fit with my current plan to focus further acquisitions on the Barnet-Tewkesbury period, I do have some livery badge transfers for his men.

Unfortunately the transfers, from CitadelSix Custom Design (I won them in a raffle) proved rather difficult to use and I ended up with only one of them in place on a figure.

The men-at-arms are deliberately left rather anonymous though there is a member of the Harrington family in the rear rank.  They are mostly a mixture of metal and plastic figures from Perry Miniatures. 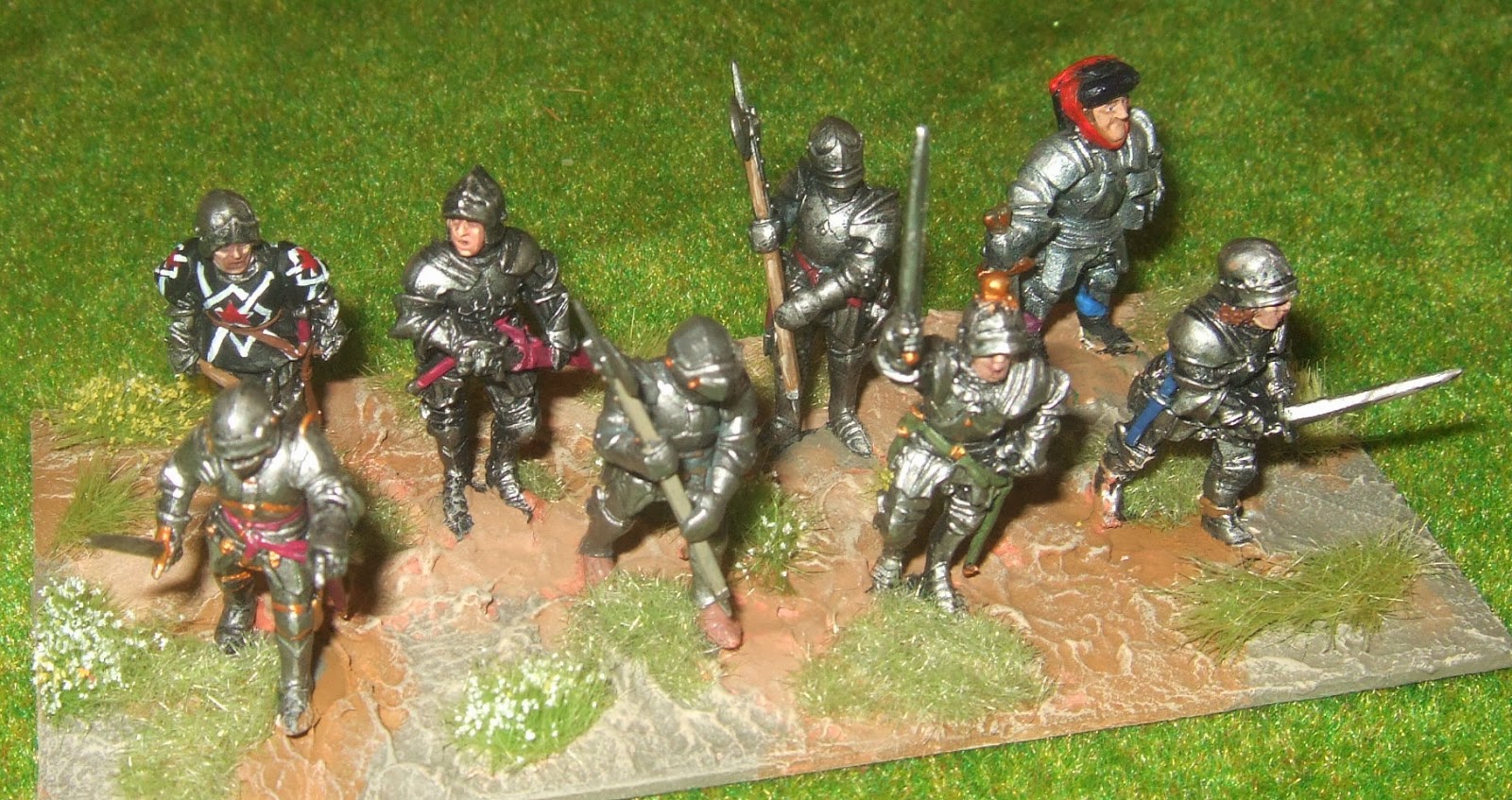 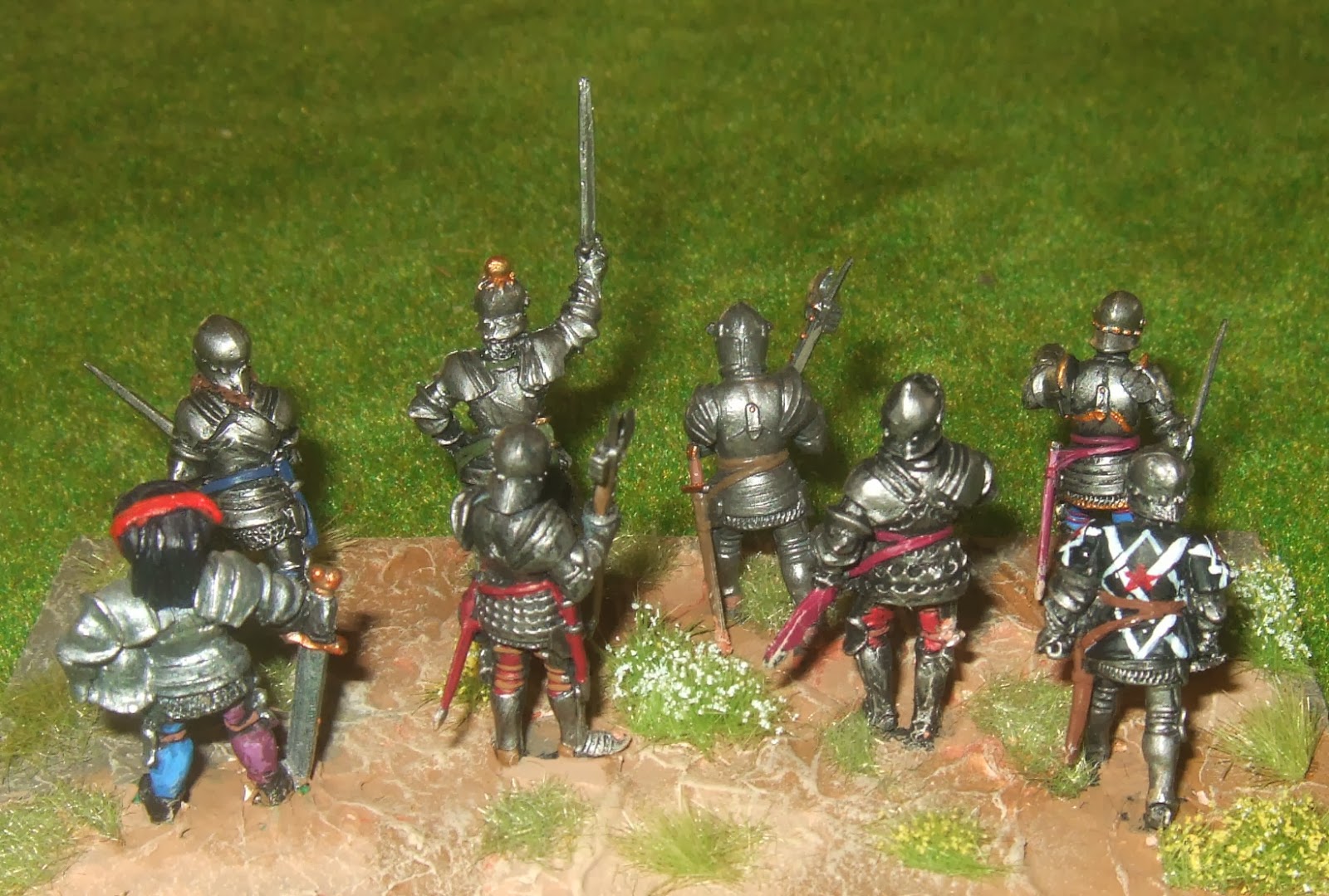 Next up, I’ll probably do either earl of Oxford’s or the duke of Exeter’s men.

Posted by Counterpane at 4:34 AM

Beautiful work, I love these units!