On Saturday morning I got up early (but not too early) and made my way across the city to Jury's Inn Sheffield, the site of Steel Lard 2021.

The day was divided into two three-hour sessions. For some players a three hour slot was divided further to allow the playing of two 90-minute games.

I was one of those players and started off with a short game of John Savage's What A Cowboy! Thisadapts the mechanisms of World War 2 armoured skirmish game What A Tanker! to gunfights in the Wild West.

John's terrain was, as usual, fantastic looking with a mix of MDF and scratch-built buildings... 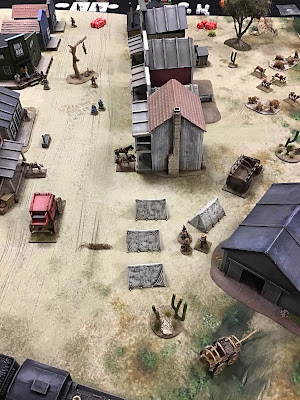 The game involved the good guys (myself and Andrew Beechener) had to ensure the the bearer of some property deeds got from one end of town to the other... 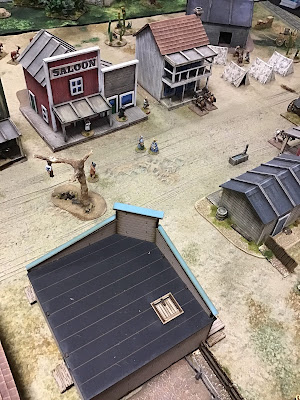 We had to get there in time to catch the 11am train. The bad guys led by that legendary gunman Trojan Sheeth (played by Kevin Fisher) were trying to stop us. 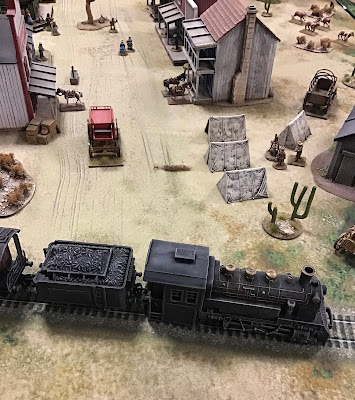 The time limit made for an exciting game. I used our own legend (Marshal T B Jabb) to lead the way and draw the enemy fire and allow one of the other gunslingers to reach the train. Sadly Marshal Jabb's luck ran out and he didn't live to see the deeds safely dispatched. 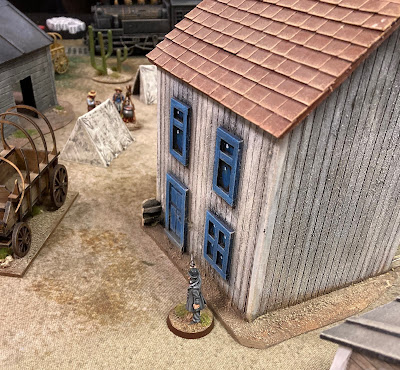 After a quick relocation to the other room I was delighted to experience Sidney Roundwood's Flashing Blades, a small skirmish game set in Paris during the time of Dumas' Three Musketeers.

This time Kevin and I teamed up to play the dastardly Cardinal's guard trying to accomplish the lawful execution of one of the Queen's ladies-in-waiting. 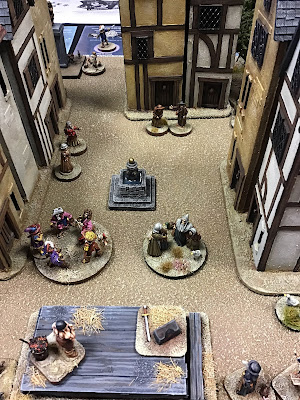 As you can see the game (it's only about 18" square) looked gorgeous. 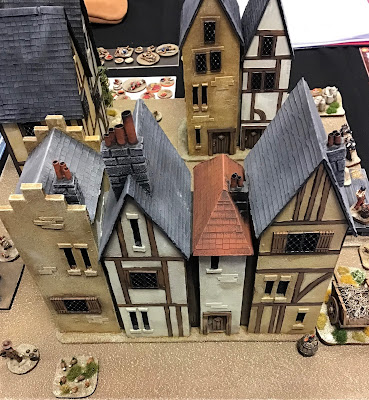 My only problem with the game was a repeat of the problem at Ebor Lard. With so many games going on simultaneously, and with my declining hearing, I struggled to Sidney's briefing and explanations of the rules. 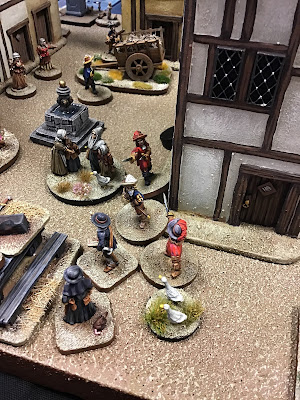 I found the rules slightly less engaging than What A Cowboy! but it was great fun all the same and a privilege to play on Sidney's wonderful evocation of seventeenth century Paris.
In the afternoon I ran my Cortina at Matamoros for existing mates Simon and Dex and for new friend Nigel Curtis.  Not too many pics as I was busy keeping the game going... 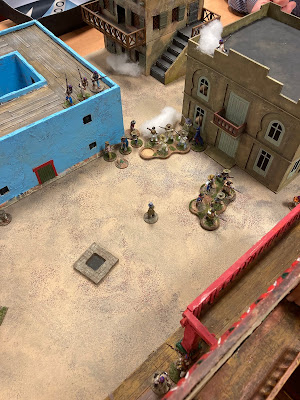 This was the scenario's third outing (the previous two being at Virtual Lard) and yet again it went right down to the wire with Dex's Republicans conceding defeat when time beat us but probably only a game turn before the result would have been clear one way or the other. 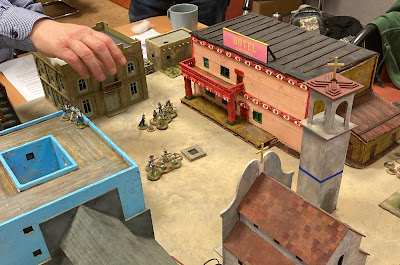 The other games were uniformly great-looking.  Here are some pics, firstly one of Alex Sotheran's 15mm terrain for Through the Mud and Blood... 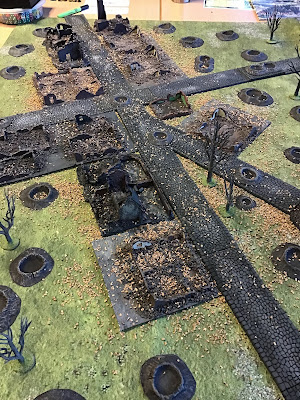 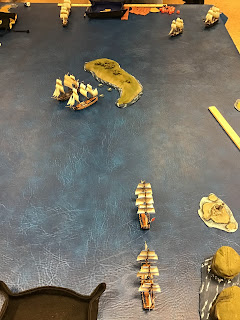 John Walker's Spec Ops adaptation of What A Cowboy!... 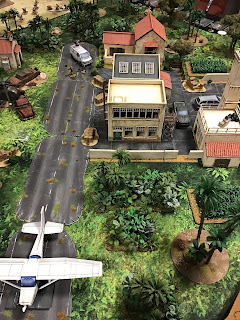 Ken Reilley's If The Lord Spares Us... 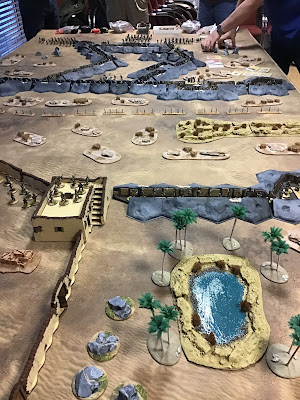 This was a large game covering the Turkish attack on Kut during the Mesopotamian campaign. 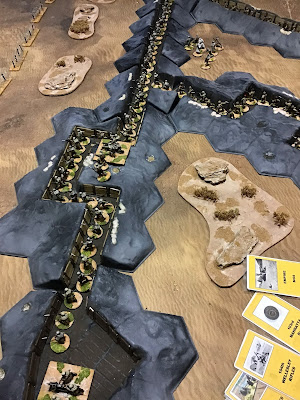 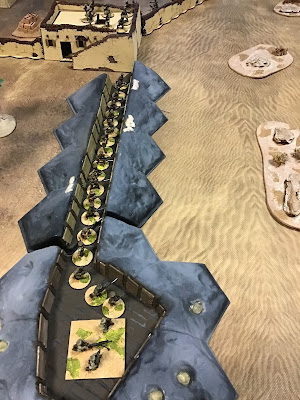 There were some nice DFS230 gliders in Graeme Atkinson's Crete Chain of Command game... 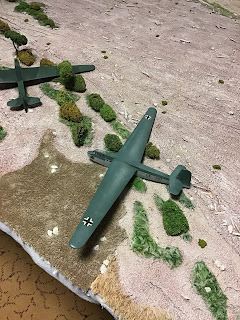 Sadly I was so busy playing or running games that I missed a few of the other ones. Apolgies to Andy Crow (Bag The Hun), Ade Deacon (Big Chain of Command), and Ioan Davies-John (Packing Heat) for not capturing your games in the morning and to Richard Clarke and Jeremy Short whose Infamy Infamy and Shattered Shields games respectively were set up, played and packed away while I was busy with events in Matamoros.
Fortunately, Alex has provided a video report on the event.
The whole event was admirably organised by various Sheffield Lardies under the distinguished leadership of Chris "Chief Cat Herder" Barnes.  I'll certainly be back next time!
Posted by Counterpane at 2:46 PM

Looks like a great selection of very impressive games and tables. A feast of lard!

A feast of Lard is not too much!