Phil and Dex came over on Saturday and we had a go at playing Bob Mackenzie's Zossen scenario in 1/300th scale using the old TacWW2 rules. 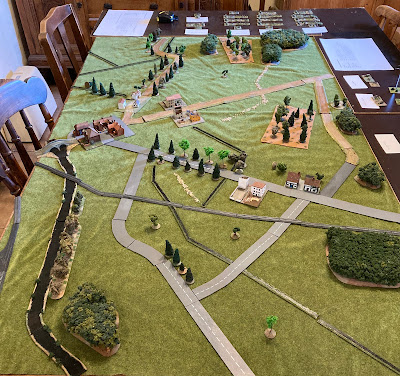 This is quite a large battle with with over half-a-dozen battalions on each side. It was possibly a bit too big for the first TacWW2 game we've played in a while but I needed to allow for perhaps as many as four players. It would have been three but Richard P (who's keen to try out the rules) was forced to pull out at the last moment having come down with the current unpleasantness.

Phil, having some experience with the rules (he has his own copy!) took charge of the attacking Soviets while Dex defended Zossen (left side of the table by the canal bridge in the pic above) against the crypto-Mongol hordes.

The scenario is fairly restrictive interns of where units will deploy or enter the table so we were able to get started reasonably quickly. It was just a case of getting short orders written for each battalion. 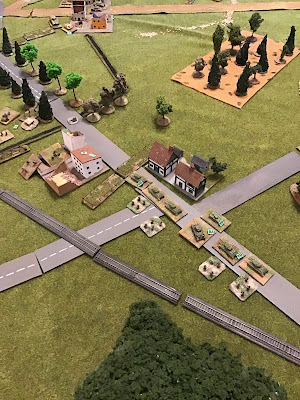 The game began with the Soviet 53rd Tank Brigade advancing along the road through Kerne. 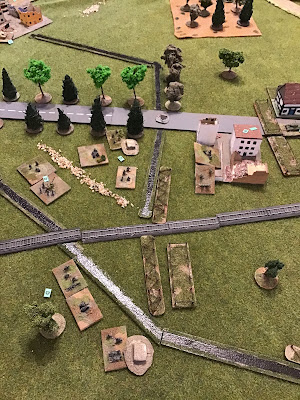 They soon clashed with dug-in German infantry in and around the town driving off one company thanks to a failed morale test. 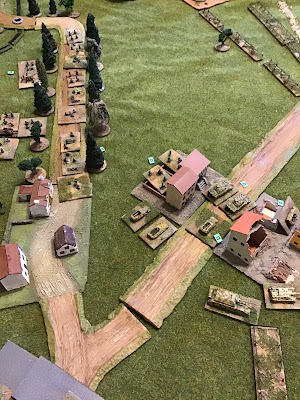 A Maus from the Kummersdorf technical research institute advanced to join the fighting around Weinberge.

Early on, the Germans made a lucky roll for air support and saw a flight of Arado Ar-234 jet bombers appear and attempt to bomb the advancing Soviet tank brigade. This was nice in that it meant both of my recently purpose-built models got used as intended. 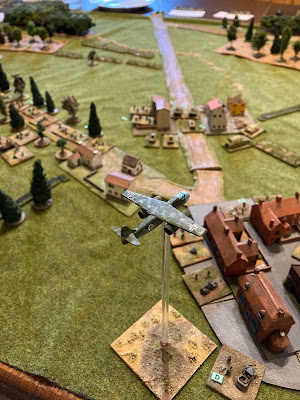 It was less nice for Dex as the Arados' aim was off and their bombs ended up falling on German defenders. 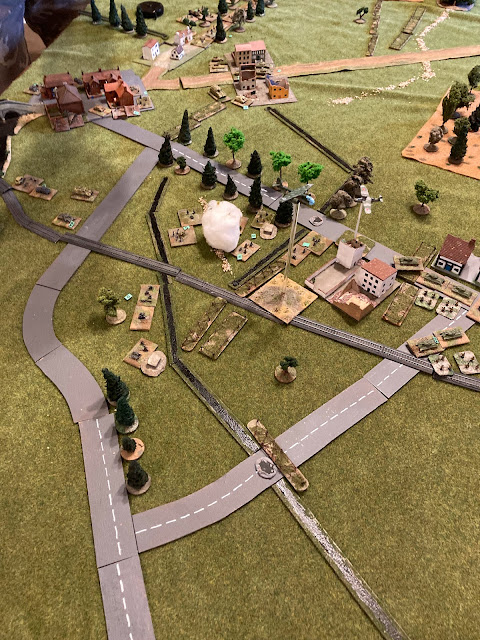 At the same time, the Soviets had a Be-2 spotter plane over the battlefield but they lost a flight of Il-2 Schturmoviks, shot down by a battery of 3.7cm AA guns. 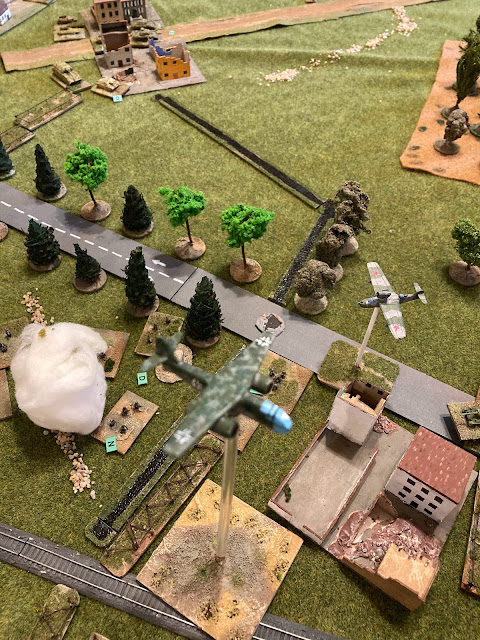 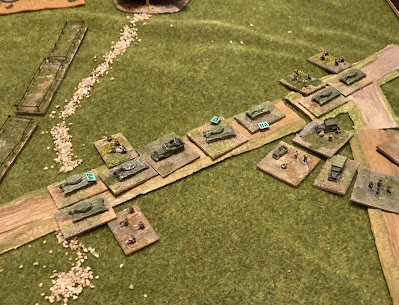 The game was a little slow as we were finding our way through the rules. When we ran out of time we'd played about 6 of 14 game turns and the Soviets had captured Kerne and were in a position to drive towards Zossen.

I'm pleased with the progress we made and would like to play some more TacWW2 in future months.

Posted by Counterpane at 5:20 AM

Excellent! Sorry I missed it but I am looking forward to getting a game soon. Thanks to Phil G for sending me regular game updates and photos throughout the game.
Cheers, Richard P