I had a most enjoyable day at Newark Show Ground yesterday for the 2022 version of the Partizan show. It's the first time I've attended it at this venue. I think the last time I went was when the event was in a sweltering marquee in the grounds of Kelham Hall. 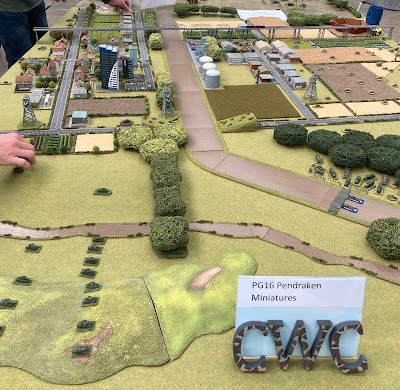 The rather marvellous terrain was the work of Richard Phillips and depicted the Kiel Canal and the Rendsburg railway viaduct.
The new rules, by Mark Fry, bring CWC into line with the latest edition of Blitzkrieg Commander (e.g. differentiating between anti-tank and anti-personnel firepower) and are built on Mark's experience of playing the rules at Cold War Commanders events and at the Berkeley Vale club.
I'm still to fully explore the subtleties but I like the idea that long-range ATGW units no longer suffer an activation penalty if at a long distance from their controlling HQ. This nicely reflects their tactical role and removes the incentive to move them unrealistically close to the line of contact. 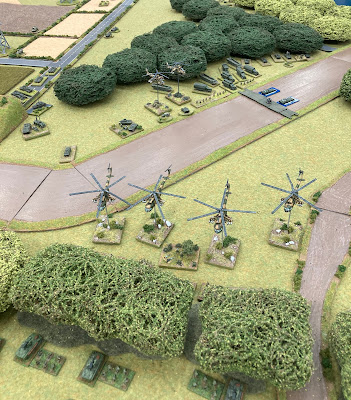 Richard's terrain included some interesting vignettes. Yes, those are pumpkins... 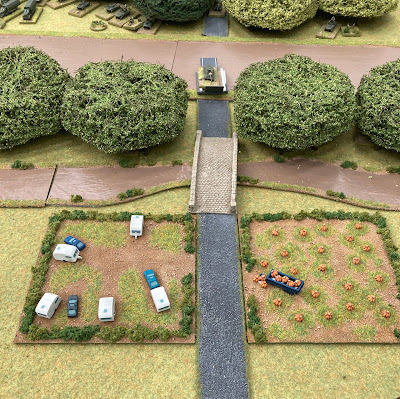 The viaduct is a marvellous creation - scratchbuilt by Richard over the last several months. 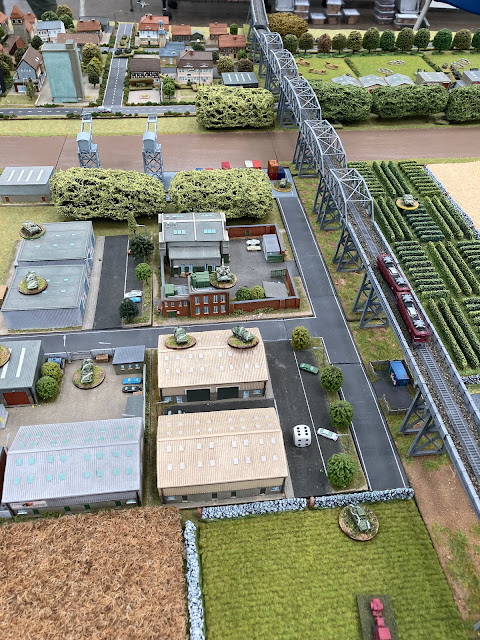 Obviously I bought myself a copy of the new rules edition. I also picked up a pack of dismounted Confederate cavalry to complete my Sharp Practice force... 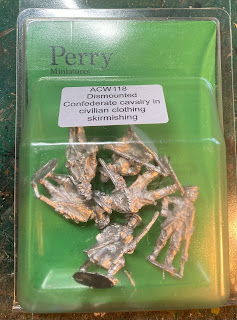 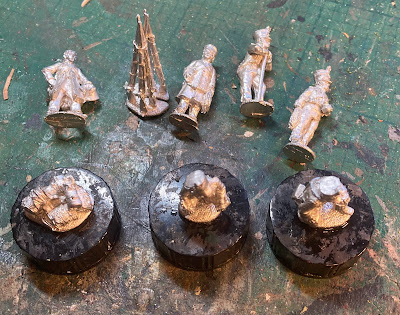 These guys are going to be painted up as Westphalian infantry, who will be encamped on the edge of the suburbs of besieged Riga.
Finally, I got these nice pieces... 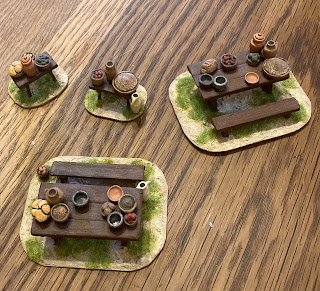 ... at least some of which will appear in the besiegers camp. Napoleonic soldiers were extremely skilled in "finding" items to help bring some home comforts into their encampments.
I took some pictures of other games and present them here. Unfortunately I didn't note down what's what. 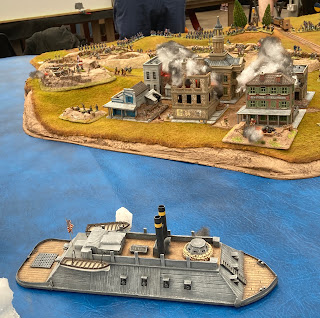 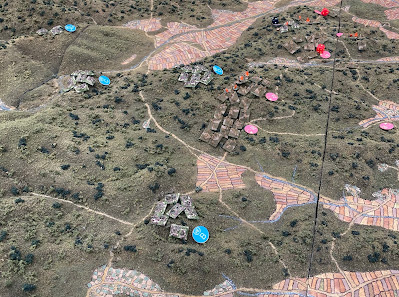 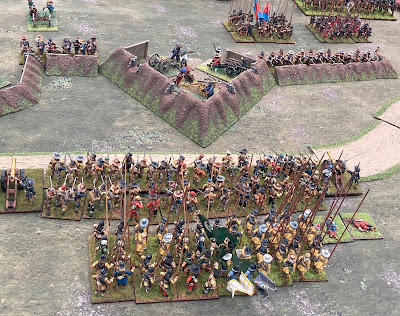 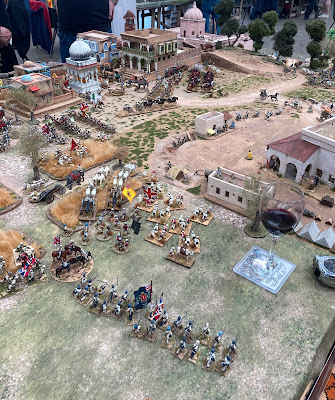 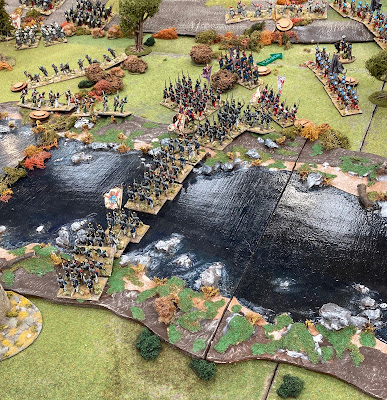 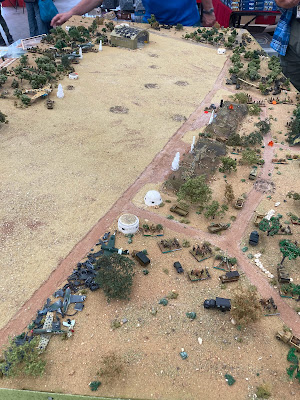 Twas a good day. I'm not even too bothered that Liverpool didn't win the Premier League while I was on the way home! They did everything that could be expected of them and lost out only to a very talented Manchester City team.
Posted by Counterpane at 11:55 AM

A great day 👍 Some fantastic games on display and great to catch up with friends.

Having looked at various videos from the event (Hi Alex!) I'm amazed how many games I didn't see.