Having decided to finally have a go at Renaissance Principles of War (I've had a copy of the first edition knocking around for years) I've started building a 17th century Polish army out of bits and pieces I had lying around. 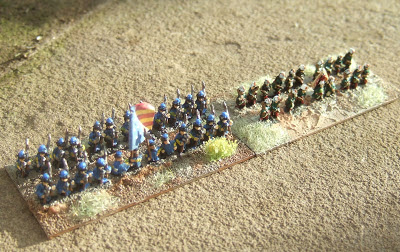 On the left is a unit of Drabants made from Baccus Russian Strel'tsi whilst on the right are King Jan Sobieski's Janissary guards made from Irregular Miniatures Turkish Janissaries.  As you can see there's a significant difference in size between the two manufacturers.  Baccus's use of the term "6mm" could almost be considered false advertising! 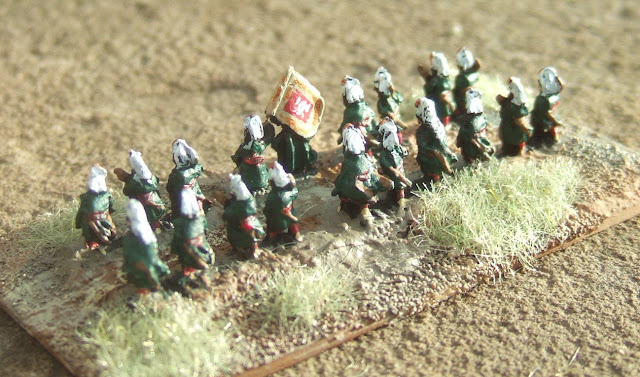 Like the Janissaries, the Drabants are based on an illustration in one of the Men At Arms books on the Polish army.  The flag is from the excellent Alex's Flag website and represents the Sandomierz district. 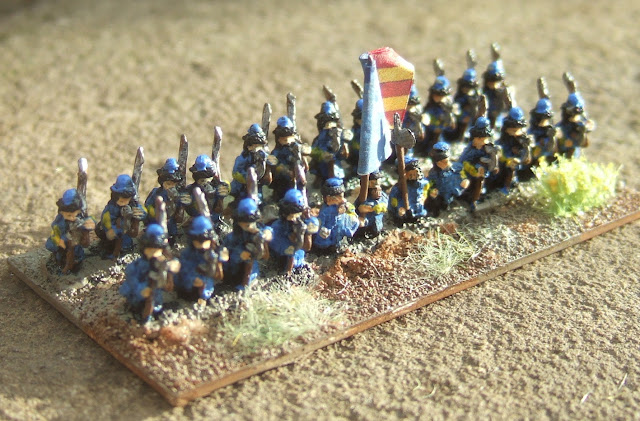 But have you seen the new Baccus Ottomans ?

WCL: I have but I already have more than enough Irregular Minis Ottomans for a RenPOW army!