...an everyday story of Wars of the Roses folk. 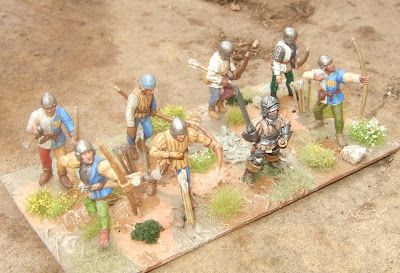 These guys are mostly Perry Miniatures plastics, the exception being the sword-wielding vintenar who's an old Citadel miniature. 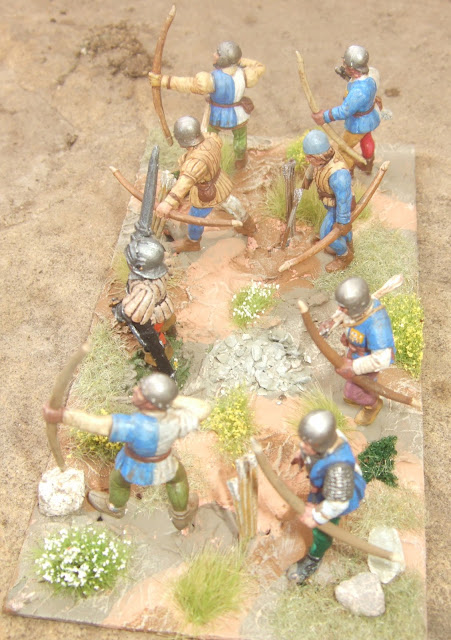 These figures show my current style for 28mm figures.  It's taken me thirty years but I've finally managed to reach a level of Zen-like calm that means I'm not trying to make each figure a perfect masterpiece.  At this rate there's the possibility that I might get the whole box of figures finished!
Posted by Counterpane at 11:37 AM

They look good. I know what you mean about These..they are a bit fiddly to put together.

Lovely stuff. The basing is great!

Thanks, guys. I'm trying to improve my basing inspired by Simon Miller's.